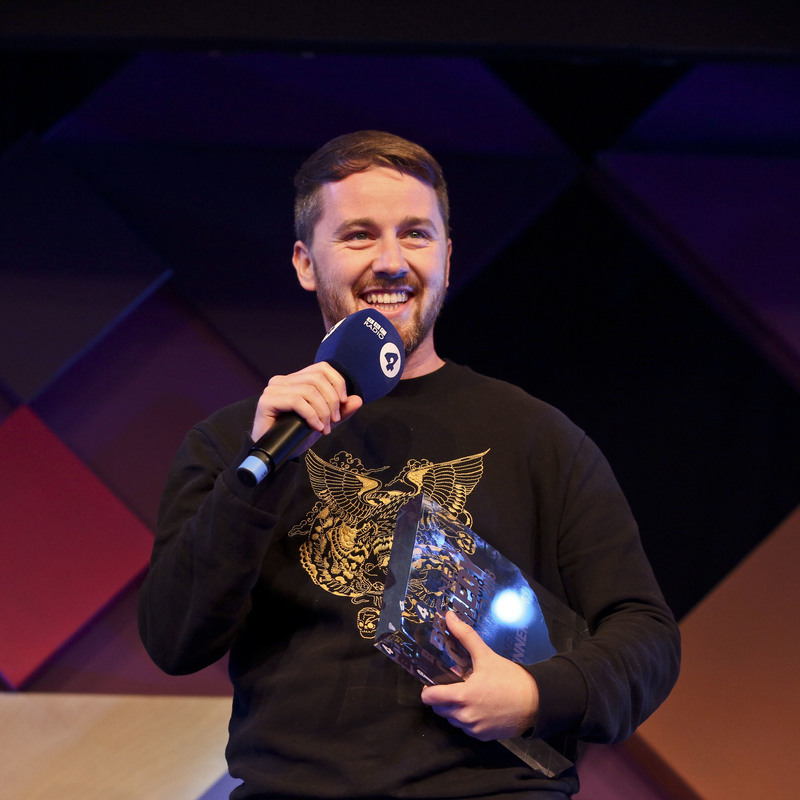 Buchanan is not the sort of comedian who relies on manic shock tactics. Building his current show around an exploration of what he fears most in life, his humour is based around the minutiae of every day life which is something that all audiences will relate to. For instance, he talks about  diverse subjects such as the false claims on advertising packaging, the foolhardiness of choosing your favourite song as your morning wake up alarm, and discounted funeral services.

What really sets Buchanan apart from other comics I have seen recently though is the seamless way he integrates what appears to be innocuous and insignificant detail into his routine only to have these details come back as the basis for major jokes later. It is a skill that he has mastered brilliantly.

To be expected there are some jokes that do not work so well as others, but again, Buchanan always had Plan B waiting to swing into action instantly to cover these moments and subsequently made the flatlining previous punchline seem like a deliberate ploy used in order to make the new ’emergency joke’ work more effectively.

The other impressive element of this show was Buchanan’s handling of audience input. At the performance I attended, audience members were all too ready to discuss how to eat buttered Weet-Bix, or make comments about how dishonest lawyers are (just after he had told us his girlfriend was studying law). Each comment was cleverly worked into his schtick without pause, and some of the biggest belly laughs came from his handling of these unexpected and often unsolicited interjections.

Purpleberry moves at a good pace, and every time it seemingly had meandered off on some inevitable tangent it was cleverly brought back to the exact moment in the narrative where he had left off some minutes before.

Comedy is best when you are aware that a high level of craft is being employed but this remains invisible to you until you sit back and reflect upon the performance after its conclusion.

Stephen Buchanan is definitely a fine comedy craftsman and, should he continue to ply his trade, there seems little doubt that he will soon be playing in much larger venues at future festivals.

Stephen Buchanan’s Purpleberry will be performed in The Red Room at The Austral Hotel, on 5, 7, 8, 9 & 10 March. Tickets available HERE.