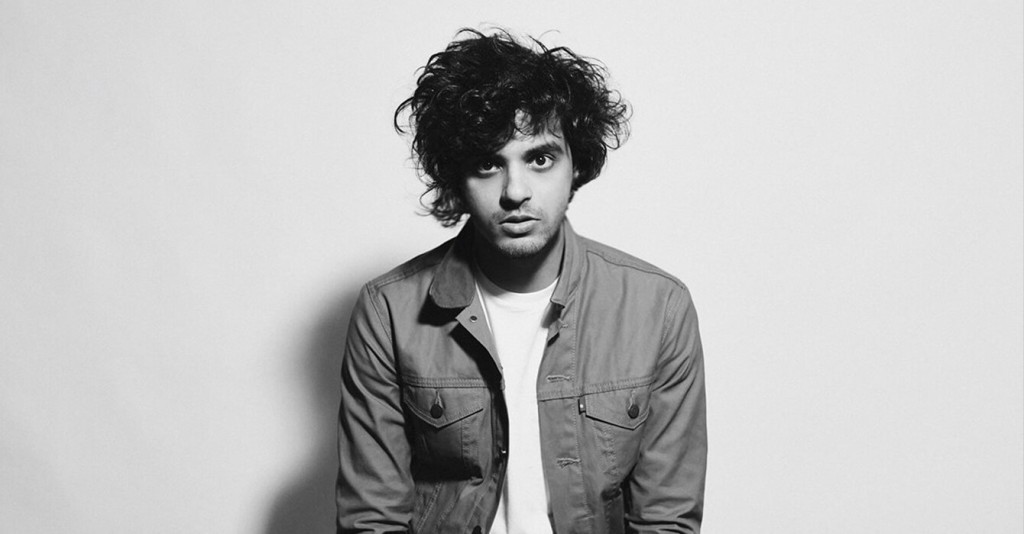 Guitar master Harts will play WOMADelaide this Monday evening in a one off festival appearance with his full band. A later addition to the bill, it was a chance occurrence at an Adelaide gig back in November that led to his inclusion.

“I played in the Adelaide in November of last year,” Harts explains. “Someone specifically asked, in the crowd: ‘Hey, are you playing WOMAD?’ I was like, ah, WOMAD – I didn’t know when that was. So they said: “Oh, you should definitely play, you should get on the line up.” It came together after that, because someone from WOMAD was at that show.

Harts has been keeping busing promoting his latest album and, having toured extensively with it last year, will now focus on a few festival shows.

“I’m doing a bunch of one off festivals throughout the year, so it’s not part of a tour, but it’s still in support of the last album I put out in November, Queens, Kings, & All Big Things. I’ve definitely been promoting that, as well as playing from my back catalogue, most of the hits, and stuff you might have heard on Triple J. So yeah, I’m bringing all that to the show. It’s just a one off in Adelaide, but there’s a lot of festivals I’m doing around Australia from here on out.”

Queens, Kings, & All Big Things was quite an undertaking that started to take shape for Harts while on the road promoting his debut album.

“I was travelling a lot in 2017, I was in America and that was where the journey began. I just started writing material that’s more funk beat driven. Kind of like my early, early stuff when I was starting out with the rock stuff. I think it’s a basically, it’s the sequel to my 2016 album Smoke Fire Hope Desire, lyrically and contextually.

“I really wanted to experiment more with brass and things like that, particularly live as we do it now. It was a challenge to create, though, because I was running real low on my computer memory, because there’s so much more in these songs. It doesn’t sound like it in comparison to the rock stuff, but there’s more tracks and so much more production and everything. I just kind of really wanted to step up my game musically.

“So it was a challenge to make the record, but I’m really happy with it, I think it came out really well. I think it’s definitely got that Harts sound all over it. But people can expect that it’s different to some of the more blues rock kind of stuff that I’ve been known to create in the past.”

Very much a solo artist in the studio, Harts plays all the instruments on the album while also mixing and mastering himself.

“I play everything myself, so everything on the record is me. I mixed and mastered the record myself, as well. It’s a little bit more efficient in a way, to work by myself because sometimes I’ve done sessions with people, and you end up getting the same results, and it takes just a little bit more time. It’s easier sometimes to just be like, okay, I know what I’m going for and just going for it. I like the freedom of working by myself.”

Playing the material on stage, however, is a very different affair.

“I’m bringing this seven piece band. Yeah, it’s a big band for this kind of thing. The last show I did in Adelaide I didn’t bring the horn sections.

“But yeah, it’s easier to translate the record live with a bigger band. Because previously I’ve had to figure out how I was going to do it with minimal band members and there’s a lot of instrumentation in my songs. Now it’s actually easy, and it feels better this way. It feels more where I’ve been wanting to take the Harts project for a while. It’s reached that point where I’m playing with a bass player, keyboard player, sax or a trumpet, second guitarist as well, which I’ve never done. So it’s a bigger show, both in its sound, and the number of members in the instrumentation. And I think it sounds fuller as well, it’s just a good vibe for this record.”

Although Harts is acclaimed for his guitar playing, he actually started out as a drummer before some vision of Buddy Guy changed everything.

“I used to play drums – I got into playing in high school. And then one day, the TV was in my house, and I think it was on MAX, the music channel, I don’t know if it exists anymore – and there was a video of Buddy Guy playing some blues, and he was playing guitar. And he jumps off stage, and he’s playing behind his head, and he’s like walking around the stage just being so flamboyant with it. I don’t know what was I was doing at the time, I was probably making a toast sandwich or something like that. And I just saw it on TV and I’m like, “What the Hell is this?” And then I googled it, and I found it on YouTube, and thought “This is amazing!” And then from there, I’m like, “I wanna be a guitarist.” It’s the whole showmanship of it that really sold me.

“And then, from there, I was into more of the musicality of it, and the challenge of playing it. I got into artists like, Jimmy Hendrix and Prince, and things like that were all big influences.”

Prince was more than just a major influence, however. Discovering Harts when he was just starting out, Prince made contact and flew him over to Paisely Park to mentor the young musician.

“It was one of the surreal moments when you don’t know if it’s real life. But, yeah, he discovered what I was doing on YouTube. I was making videos of me playing all the instruments. And he found that and was really interested. So he basically called me up one day and out of the blue just said: ‘It would be great to meet you. Would you be willing to come out to Paisley Park and jam with me.'”

“I was like: I’m pretty sure this is a fake thing, I don’t think this is real. But no, it was real, and it was funny, within a month or a couple of weeks even, he organised everything for me, and I was at his estate, I was playing with him, jamming with him. And he just really wanted to inspire me to continue what I was doing. He really wanted to meet me and see if those videos I was making were real. Because, you know, everything today can be so easily faked I guess.

“I guess once he found out that I was the real deal, he was inspired to mentor and help me. So, for a good two years after that, we were just in conversation. He’s helped me with music and things. Unfortunately, devastatingly he passed away, two years, almost three years ago now. That was a big blow to the music community and me as well. So I’m just trying to carry on that legacy.

So how has this experience influenced Harts as a musician?

“It really showed me the importance of musicianship. At the time, I was just a solo artist, I was just playing by myself, I didn’t have a band. So I didn’t really know what it was to jam with somebody, or what it was to play with somebody else. So I was a bit lost. But he taught me like, how to do that. And then since then, there’s been a lot more improvisation on stage with me, and even on the records, some stuff is just straight up one take stuff. And he inspired me to be spontaneous with it and be not nervous about that, to be comfortable with being thrown in the deep end.

“That’s why I take a lot of risks in my music and on stage. And it doesn’t always pay off, but you know, it gives you a great kind of confidence boost when it does. And there’s something special about that feeling. So that was a really big inspiration for me.”

You can catch Harts and his seven-piece band when they play the Novatech Stage at WOMADelaide at 6:15 on Monday March 11. Tickets and details can be found HERE.