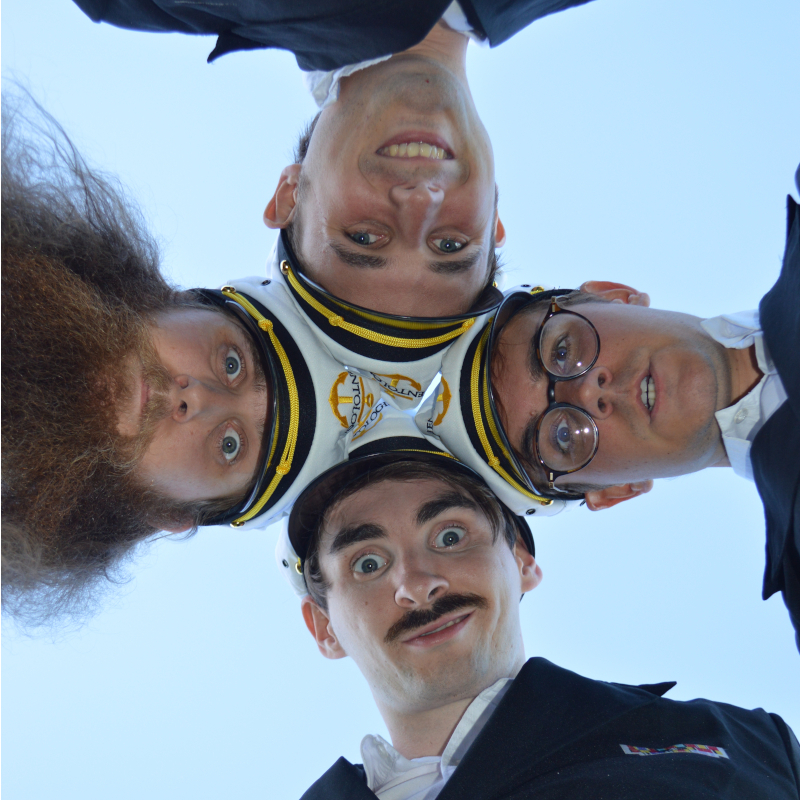 Scientology is a gold mine for any comedian – or a bunch of them, in the case of Adelaide’s own musical comedy gang George Glass Comedy.

In an attempt to resurrect self-proclaimed prophet and erstwhile founder of Scientology, L. Ron Hubbard, the troupe have a crack at satirising the pseudo-religion / pseudo-science, constructing a hilarious, yet messy, comedy rock opera.

Scientology The Musical delivers clever punchlines, quick visual comedy and brilliantly composed musical numbers about a topic we have all love to have a laugh over. The show quickly turns surreal with Alice In Wonderland-esque storylines, bunny-eared performers disappearing down the rabbit hole, and the cast dressed in navy uniforms satirising Hubbard’s past; a recital of the founder of Scientology’s mantras, from science fiction novelist turned self-help writer turned head of a wonky religion.

So while the musical numbers are superb and the jokes land well, they are few and far between, and the delivery is jumbled. The show banks on a number of cheap laughs about Scientology (and deservedly so, we all laughed at the Book of Mormon!) without taking full advantage of the potential of that satirical landscape.

And despite it relying on some cheap laughs, the show’s narrative tries to answer questions we all want answered; is scientology a religion? A hobby? A science? Although it’s not quite polished, you’ll want to see the show to find out #beforetheygetsued