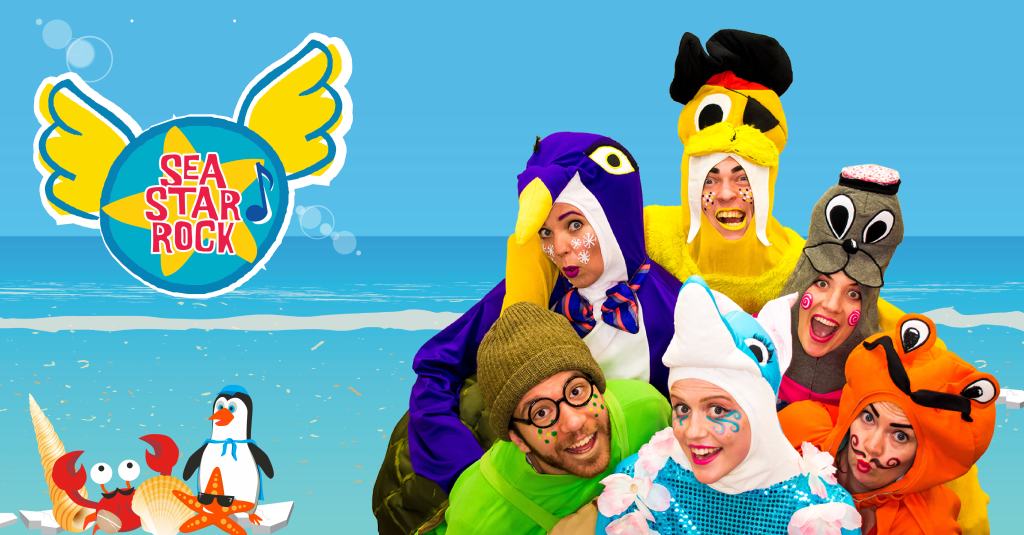 Featuring all the characters from the popular TV series, SeaStar Rock will have kids singing, dancing and playing games as they navigate the sustainability of our oceans.

Written and presented by South Australians and featuring a local cast, the live version of the Channel 44 kids’ show is set to rock the boat during Umbrella: Winter City Sounds.

A toe-tapping, wing-flapping Fringe family favourite, SeaStar Rock is an ocean of fun with an important message.

Creative producer Lucy Rasheed has had kids all around Australia dancing to the original music she has written in the show, which has been delighting audiences since 2014.

Splash out and take the family to SeaStar Rock for Umbrella: Winter City Sounds.

Get your tickets HERE