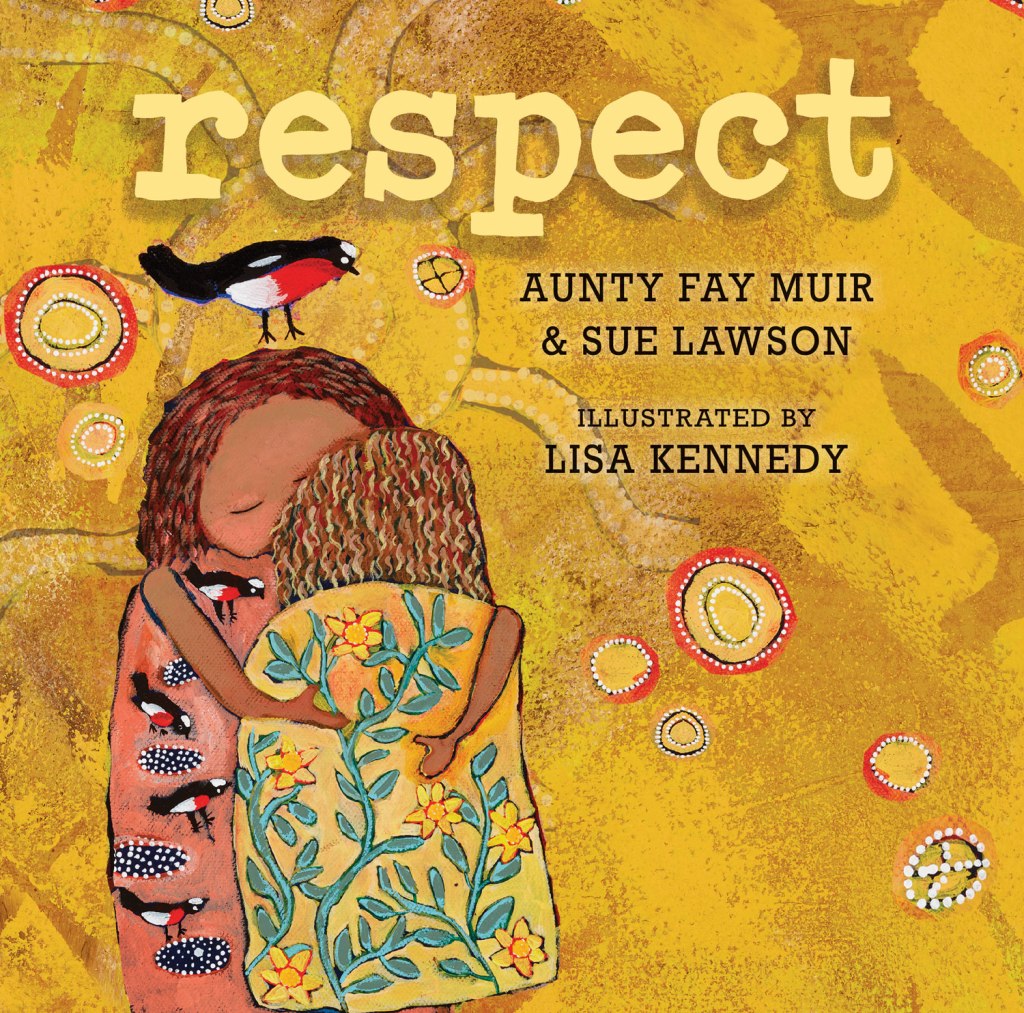 With kids now learning from home with their parents as support, it presents the perfect time to teach them about Aboriginal and Torres Strait Island culture, traditions, history and language.

For kids and parents alike, Magabala Books – Australia’s leading Indigenous publisher – has suggested a range of books parents can get their hands on via online booksellers that will both delight and educate during home schooling.

Chairperson of Magabala Books, retired schoolteacher and current home schooler of her three grandchildren, Edie Wright’s suggestions celebrate the talent and diversity of First Nations voices and introduces young readers to a range of cultures, languages and traditions from across Australia.

Easy to use teachers notes are also available online. 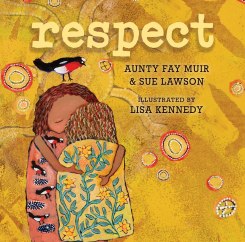 Respect is the first title in the ‘Our Place’ series of four children’s picture books which welcome and introduce children to important elements of Aboriginal and Torres Strait Islander culture. Perfect for this uncertain period, it’s a gentle book for families that whispers a soft and heartfelt message about the basic cultural principle that informs all Aboriginal and Torres Strait Islander Nations throughout Australia. Respect is about a way of life that is older than flickering stars, about stories that shimmer through tall grasses, and redgum leaves that tumble to a parched and red earth. It teaches children the importance of family who show the way and how we need to listen, learn and share. This eloquent and delicate story shows young and old alike what respect looks like for Aboriginal and Torres Strait Islander peoples. 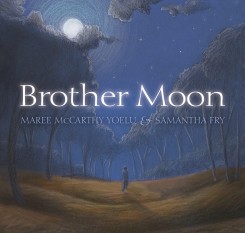 Brother Moon is a powerful story lovingly told by a great-grandfather to his great-grandson; a gentle read for families who are together during this challenging time. Beneath the dark sky of Wadjigany Country, Hippy-Boy is captivated when Great-Grandpa Liman tells him the mysterious story of his brother and how it guides his connection to Country. Great-Grandpa is a masterful storyteller and, as the tale unfolds, he reveals his brother is the moon — a wonder of the universe. Hippy-Boy learns how his Great Grandfather uses the phases of the moon when he goes hunting and fishing, and why it is important for us all to have an understanding of brother moon. Introducing young readers to Indigenous kinship relationships, this book is the perfect way to open conversations about different ways of being in relation to the natural world – perhaps more important now than ever. Liman (Harry Morgan), the author’s grandfather, was a respected Wadjigany man — a leader amongst his people and the community. Brother Moon is author Maree McCarthy Yoelu’s own Grandfather’s story told to her nephew and she is delighted to be able to share it in this stunning book.

“This is a quiet but powerful book that leaves an imprint on your heart and soul. It’s about family, tradition, nature and the stories that make us who we are.” – Kids Book Review 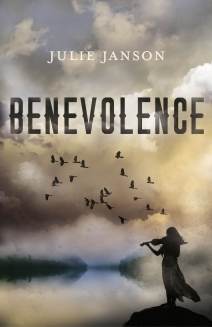 Benevolence presents an important era in Australia’s history from an Aboriginal perspective, for the very first time. Told through the fictional characterisation of Darug woman Muraging (Mary James), Benevolence is a compelling story of first contact. Born around 1813, Muraging is among the earliest Darug generations to experience the impact of British colonisation – a time of cataclysmic change and violence, but also remarkable survival and resistance. At an early age Muraging is given over to the Parramatta Native School by her Darug father. Fleeing the school in pursuit of love, she embarks on a journey of discovery and a search for a safe place to make her home. Spanning the years 1816–35, Benevolence is set around the Hawkesbury River area, the home of the Darug people, in Parramatta and Sydney. Julie Janson’s intensely visual prose interweaves historical events with detailed characterisation – she shatters stereotypes and gives voice to an Aboriginal experience of early-settlement.

Bruce Pascoe has collected a swathe of literary awards for Dark Emu and in 2019 he brought together the research and compelling first-person accounts in a book for younger readers. Using original sources from early European explorers, colonists and farmers, Bruce Pascoe argues for a reconsideration of the hunter-gatherer label for pre-colonial Aboriginal Australians. This book is perfect for upper primary and early secondary children who are being home schooled. Readers are invited to see Australia as it was before Europeans arrived – a land of cultivated farming areas, productive fisheries, permanent homes, and complex system of environmental management that supported thriving populations across the continent. An important addition to any child’s reading list.

“It’s perfectly pitched to audience, balancing authentic story telling with age-appropriate concepts and language, never becoming patronising. Moreover, it’s a gorgeous book; the illustrations and the graphic design make it a delight to hold and to read.” – Words and Leaves Blog

“Young Dark Emu is an illuminating and important non-fiction work for children. It is meticulously researched, and beautifully designed and compiled. The work highlights and challenges the whitewashing of Australian history, centring Indigenous knowledge, and articulating vital – if inconvenient – truths.” Judge’s comments, NSW Premier’s Literary Awards 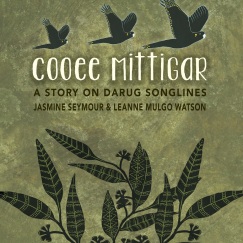 Highly acclaimed by the industry and teachers alike, Cooee Mittigar, meaning Come Here Friend, is an invitation to yana (walk), on Darug Country. In this stunning bilingual picture book, Darug creators Jasmine Seymour and Leanne Mulgo Watson share a story on Darug Song lines, introducing children and adults to Darug Nura (Country) and language. Greeted by Mulgo, the black swan, readers are welcomed to Nura. Journeying through the seasons, Mulgo describes the land, skyscape, birds, animals and totems. It is a gentle guide to complex Darug law and traditions. It is also an appeal to remember, offering new ways of seeing and reading the lands of the surrounding Sydney region. With Darug language interspersed with English and an extensive glossary throughout, Cooee Mittigar presents an important tool for learning, told as a tender story with exquisite illustrations. It is Jasmine and Leanne’s wish that with this book, everyone will know that the Darug mob are still here and still strong.

“The illustrations are stunning, and children inquisitively point to the animals they know – and the ones they don’t – on the page. The glossary means no reader is left unknowing about any left-field questions that quintessentially come from children expanding their minds” – National Indigenous Times 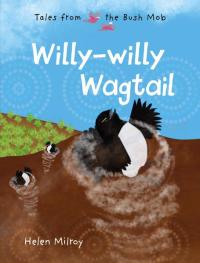 ‘Tales from the Bush Mob’ is a series of books about the Bush Mob, a group of animals that works together to solve problems. A rich landscape of characters and places populate this series and include Platypus, Koala, Emu, Wombat, Kookaburra, Echidna, Kangaroo and Gusto, the wind.

Willy-willy Wagtail – from talented storyteller and artist Helen Milroy – is the first book in the series and goes back to before Bush Mob get together. Nobody understands each other and there are lots of fights. One day there is a terrible bush fire and Willy Wagtail, Gusto (the wind) and Crow get all the Bush Mob to work together to save the community. For the first time, everyone understands one another, and Dingo takes charge and leads all the animals to safety. Dingo is now Boss Dog and is head of the Bush Council and, with Willy Wagtail and Crow, the Bush Mob is formed.