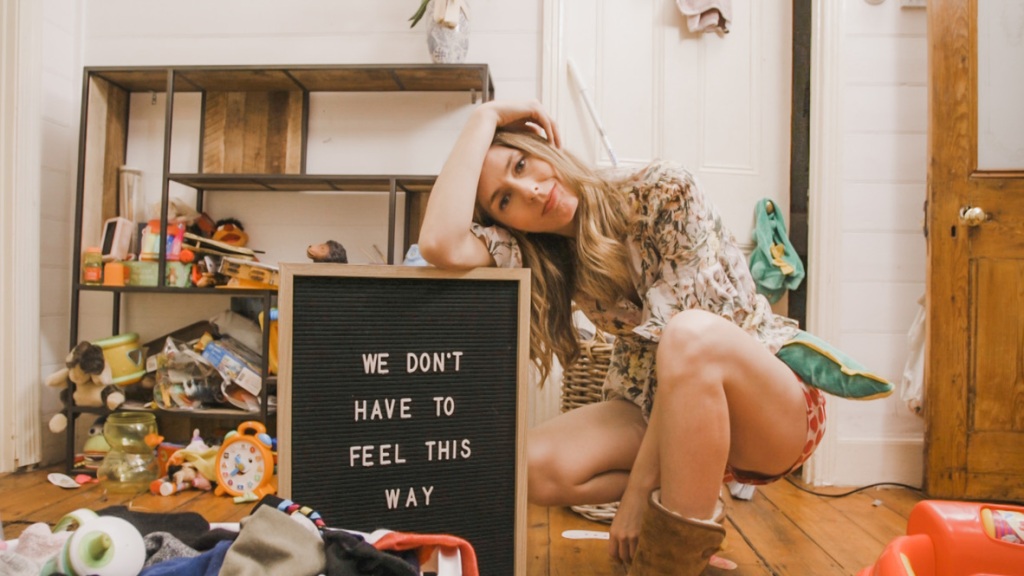 Nine Network weather presenter and singer songwriter Jessica Braithwaite has gone toe to toe with influencers and mummy bloggers with the release of her first music video.

Jessica’s song ‘Feel This Way’ debuted in the top 200 iTunes Australia charts, but instead of making a serious music video, Jessica decided to fake it.

“We faked the whole thing. I wanted to remind people how easy it is to fake things online. So much of what we see on social media simply isn’t real,” she says.

“They’re the profiles we’re all used to seeing in our feeds. But in this clip, I question how much of what we see is actually real.”

To drive the point home, Jessica faked a concert of thousands of people when shooting the video.

“There were actually only six people in the crowd the whole time, and one of them was my mum who kept complaining about her sore knees. Coachella it was not,” she laughs.

In the song, Jessica tackles themes of stress, anxiety, and the pressure to live up to unrealistic images portrayed on social media.

“When I first became a mum, I cried every day for three weeks and many days didn’t even make it out of my pyjamas. Yet on Instagram I’d see all these ‘perfect’ mums doing baking afternoons in pristine kitchens or peacefully breastfeeding their newborns in fields of flowers.

“It took me a while to realise the whole idea of a perfect mum is just an illusion. It feels great to pull back the veil on motherhood.”

Check out the clip: