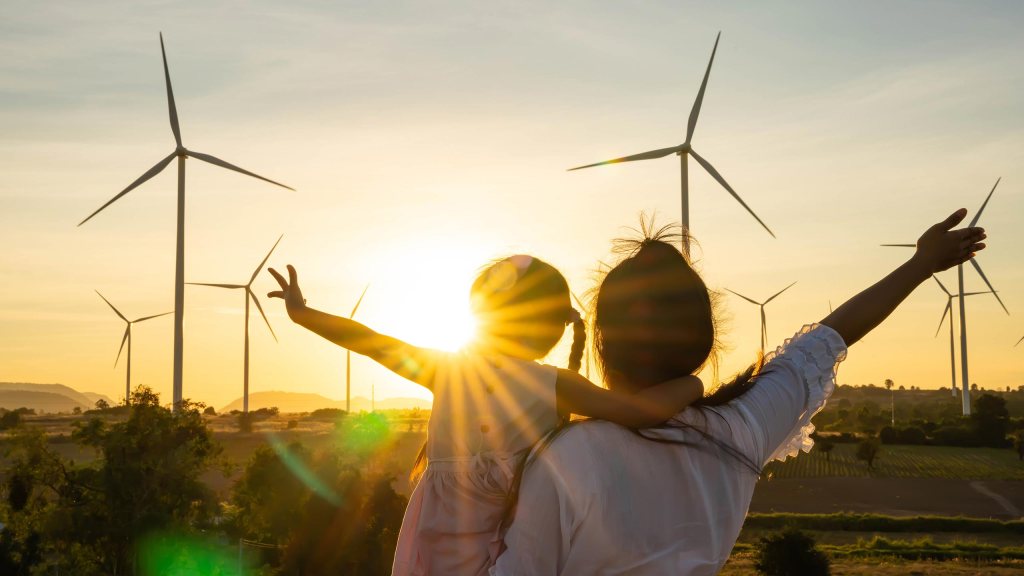 Greenbucks – the Challenge of Sustainable Development (1992) is one of the first major films on Climate Change, airing 15 years before Al Gore’s An Inconvenient Truth. Now, on the eve of this groundbreaking film’s 30 year anniversary, the event Greenbucks – No Time to Lose, follows a screening of the film with a panel discussion about the opportunities we’ve missed for action in the last three decades, and those opportunities we must take to maintain a liveable future for our world.

Three readers can win a double pass to the screening of Greenbucks by filling out the contact form below.

Greenbucks was first launched at the first Rio Earth Summit, and screened on BBC and ABC in 1992. At the Summit, Global Agenda 21, an agreement for global action on environment, was under discussion. Environmental leaders were clashing with industry. Developing nations wanted a turn using fossil fuel to boost their economies and populations into the 21st Century. Industry wasn’t sure how to lead, but the UN Business Council for Sustainable Development had opinions and was pushing them hard. Greenbucks, produced and directed by Gabrielle Kelly (Adelaide) and Nick Hart-Williams (London), captured this moment. It aimed to build a common understanding between bitterly opposing camps – environment and business – about the risks and costs of climate change and the need for massive action by industry.

Greenbucks features representatives from the UN Business Council for Sustainable Development, industry players like Dupont, ABB, and Pacific Gas & Electric. It features stories about the renewables revolution in California, the very first green cotton tee-shirts in Denmark, and cleaning up polluting tanneries in Africa, among others.

Director Gabrielle Kelly, spoke with us in the leadup to the 30th anniversary screening of Greenbucks.

Tell us a bit about your career in TV, film and online communications

I started in media as a 10-year-old TV presenter on Channel 9 and took this up again after my Arts degree (History, Politics and English) as a presenter in national children’s television. I performed and wrote for Here’s Humphrey, The Curiosity Show and ABC kids education, as well as other work on TV and radio. I was intending to be an actress and perhaps a feature film director later, but quickly became interested in writing and then directing, first kids TV, then documentaries. I found I loved writing for television.

I had young children by then, so the pathway to feature film directing was off the table – impossible with very young kids back then. The more I thought about it though, the more I became interested in documentary form and its role in informing democratic capability in society – real conversation among citizens, properly informed. This was the time when the “10 second sound bite” was taking over the television airways, ie a kind of deliberate dumbing down of the population, coming out of the US and being picked up here.

With this in mind, I initiated, funded and chaired the very first Australian Documentary Conference in 1987 in South Australia, and that conference continues to this day. I did this because the industry was quite new, and I felt that a national conference would support the practitioners and add policy power to this part of the industry and thus strengthen it. Luckily this was established before new media hit, and the conference later absorbed digital media products.

It was among the first major films. We actually made Prophets and Loss in 1989, with Robert Redford and world leaders like Carl Sagan, Stephen Schneider, James Hansen, and Paul Ehrlich. Prophets and Loss happened among the world’s first very large international gathering about climate change, with scientists, politicians, policy people, educators and good representation from Russia, just after the end of the Cold War. It was such an historic global meeting, we thought it had to be shared with the world, so my London colleague Nick Hart-Williams and I made it happen, very quickly. It was screened on the BBC and edited in Australia. Prophets and Loss won the Australian Banksia award for environmental filmmaking.

How did Greenbucks come into being?

The next big work after Prophets and loss was Greenbucks – the Challenge of Sustainable Development. At that time there was little rapport or understanding between environmental activist/leaders and the global business community, and yet we needed the business/industry leaders to change business models and industry practice: there were no environmental reps on boards, no ESD policy, no clean energy approaches …. It was hostile and contested territory. We decided to make Greenbucks to try to scaffold an intelligent conversation between industry and environment. It was launched to acclaim at the Rio Earth Summit and succeeded in creating a new smart bridge between the two sides, which both liked the film. Greenbucks screened on ABC and BBC, and it was used by universities for over 15 years afterwards and stayed current for a surprisingly long time.

Who are some of the big names we’ll see in the documentary?

There are great global case studies from Dupont, ABB, Volkswagon, Pacific Power & Gas, which reveal what industry leaders were thinking at the time and the UN Business Council for Sustainable Development.  Environmental leaders like: Stephen Schneider, who came later to South Australia as a Thinker in Residence and had a huge impact on our impetus to become a world leader in renewable energy; Paul Ehrlich, a highly regarded environmentalist; Alvin Toffler, a futurist of note; acclaimed author environmental economics Herman Daly; representatives from the first in the world Californian renewables transformation; stories from African leaders about environmental justice in developing world. Too many to name. It’s a complex set of stories, revealing a big, messy, global picture of interconnecting themes and insights of the time. It reveals just how connected we are, which was not well understood at the time. It opens the idea that how we think is important if we are to deal with big issues like climate (…or COVID, or global trade, or peace, as it turns out) . It leads to a conclusion that we need to step up.

What does it mean for you that “what to do about climate change” is still an active conversation? Have things gotten better or worse on this front in the last 30 years?

It really hurt to see the global inaction and stubborn stupidity in so many places, in spite of the “good enough” evidence. I really thought that the global leaders accepted the science, even then, and that concerted action would take place quickly as it did for chlorofluorocarbons (CFCs), once we knew that they were destroying the ozone layer. The big changes in policy and industrial processes world-wide were really fast, and people did not argue about the need to take action on CFCs. It took a few years, but it was impressive and heartening. It did not turn into a political football – and this iss where climate fell tragically to one side. Imagine where we would be now, if we had all acted to reduce carbon emissions and  methane 30 years ago? Imagine the innovation and the new technology that would already be in play! Things got better, then worse, then better, then worse. Heartbreaking. That is why in recent years, I began to focus on how to build more resilient citizens, able to cope with complexity and make better democratic decisions……. Somehow and surprisingly, the dumbing down of people became epidemic with the massive information avalanche of the internet. Echo chambers breeding clusters of narrow one-sided thinking unable to tolerate the perspectives and different and competing needs of self, nation, and world.

Tell us about the panel who are speaking after the film.

This is an awesome panel, focused on the present and the future and real action, in the real world. Chaired by KPMG partner Rowan Roberts and including nationally leading scientist Prof Ian Lowe; SA Green Industries CE Dr Ian Overton; expert in Green Economy, the Circular Economy  and environmental industry consultant Nick Palousis from 2XE, advising top SA companies about the Net Zero journey in real life. Just as we all had to massively alter our behaviour for COVID, so the shift to a decarbonised economy will need new behaviour, new technology, a different focus for investment, and unity of political purpose by voters and politicians. We will not be beating around the bush but really getting to the HOW we can do these things. Fortunately for SA, as a world leader in renewable energy, we have got serious and hard-won credentials on how to drive change in the direction of sustainable development. This is a massive opportunity for South Australia to capture the billions of dollars in green investment looking for a home, as well as do the work that is required to make a liveable future for our world and our grandchildren.

“Greenbucks – No Time to lose” is showing at the Mercury Cinema on Tuesday 9th November at 5:30pm. Tickets available at https://events.humanitix.com/greenbucks

Three readers can win a double pass to the screening of Greenbucks by filling out the contact form.