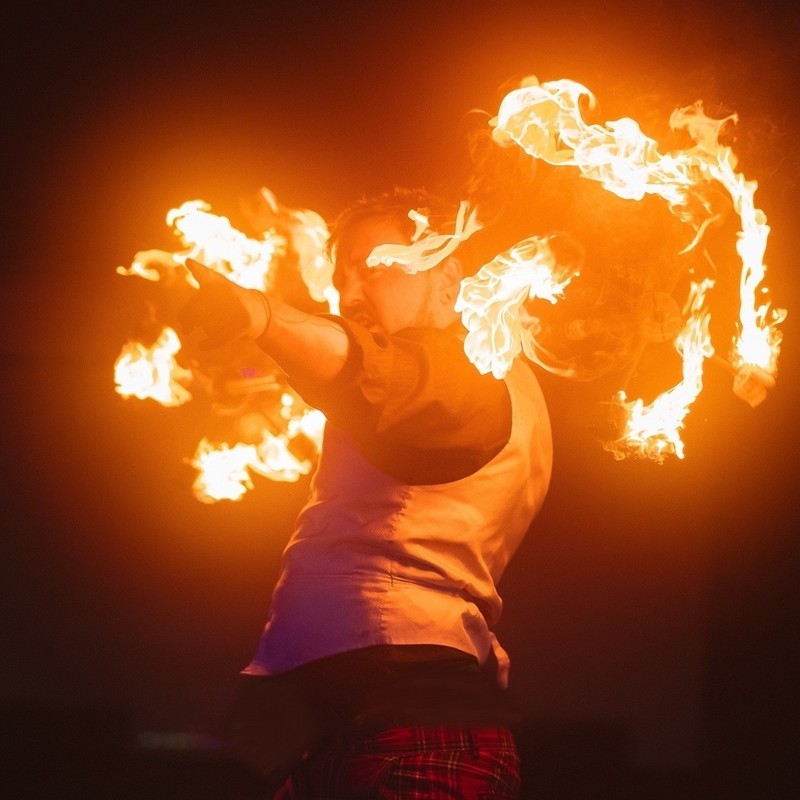 Up on the rooftop at the new Nineteen Ten venue a devilishly fun night of entertainment awaits. Hell in Las Vegas has a variety of performances over the course of two 45-minute sets to get you fired up this Adelaide Fringe season.

Hosted by the devil himself, Hell in Las Vegas brings circus, burlesque, and comedy for those looking for something a bit more risqué. Temptresses swing from a fiery hoop above the covered swimming pool below, fire twirlers swing burning chains and tridents and a magician performs illusions and escapology before your eyes.

The two female aerialists were the stars of the show, masterfully entwining themselves upon one hoop in unison. The choreography was well executed, and the crowd responded well.

Magician Steve Prior (who comes from a long line of priors) mixed stand-up with card tricks, sleight-of-hand and peaked with an escapology act that was down to the wire. Some of the jokes were a bit tired but his self-deprecating nature kept in all in jest.

The hell-themed soundtrack to each act is apt with the host lip syncing to comedic effect to kick off the show, as the show progressed as did his fire-twirling skills with the highlight of swinging a beam of fire atop his head astounding the intimate audience.

For a hellish night out, look no further than the gates of Hell in Las Vegas which is showing on Sunday, March 6 & Thursday, March 10 at Nineteen Ten. Get your tickets here.