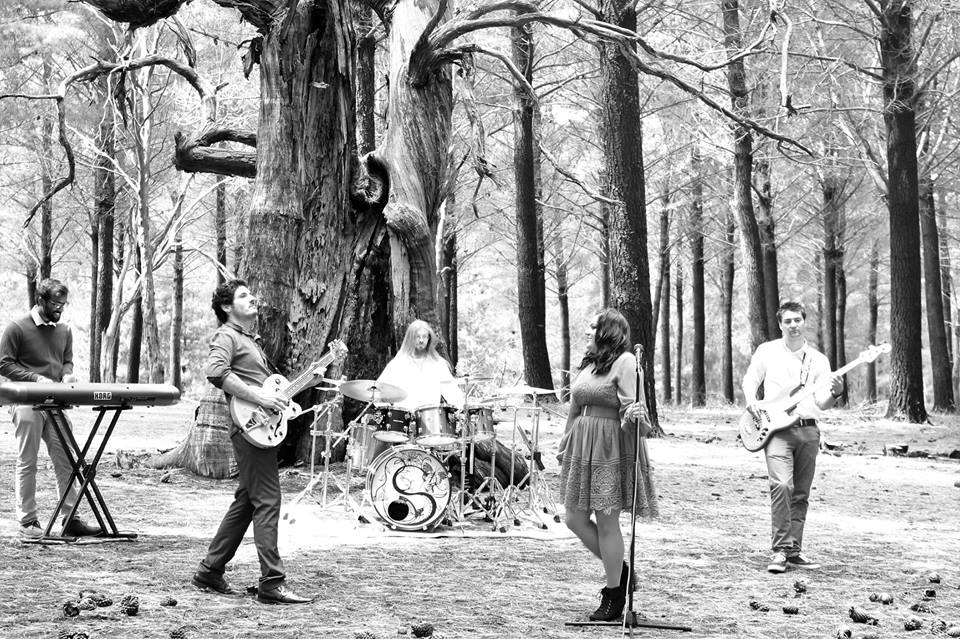 Adelaide band, The Serra have found a unique way to share their music with the world, and it’s through a dual launch with accompanying videos.

Formed in 2012 the five-piece band released their debut EP, Indigo in 2014, and are now set to take their show on the road with the release of three songs for the price of two.

The Serra, made up of Angela Vagnini (vocals), Josh Carroll (guitar), Josh Paul (keys), Chris Hirniak (bass) and Ashley Miller (drums), are heading to Melbourne and Sydney to celebrate their release.

But before they do, ‘Two’ is happening at The Jade on June 4th, and will be supported by local bands Nakatomi and Ghyti, the quality of whom front-woman Angela says inspires her.

“We’re so excited to have Ghyti on board. They recently released a single, which is getting really good reviews, and Nakatomi are amazing. They did the Clipsal this year and they’re played on Nova; they’re doing really well,” she says.

“We did a launch in 2014 and we’re really picky about who we have standing beside us. Not only do they have to have great music, they have to be able to put on a show, and they have to be really nice people because we don’t like working with crap attitudes. Not only are both of these bands really good at what they do, they’re also really kind, supporting people as well. When you have that support, it really brings out the best in what you do.”

The gig will be a showcase of a range of things, including the videos The Serra have created to accompany their songs.

“We’re releasing everything digitally prior to the launch date and have a CD available. It’s available on iTunes, Bandcamp and Spotify, but there are only limited edition copies of the CD,” Angela says.

“With the feature tracks we collaborated with local director, Sam; and on ‘Creature Comforts’, the concept of the song is how you strive to achieve so much in life to have creature comforts. You give up so much to get there, so with that clip, it’s got beautiful scenery. It’s in a beautiful forest. A lot of that is performance shots in the forest. It hasn’t got much of a narrative.

“For the other song, ‘She Knows’, we hired two actors. It’s about love and loss, and that’s put through the video and transposed through the music. They’re all local Adelaide performers. We’ve also incorporated shots of us performing in our own studio.”

The Serra like to support local creative industry and they are committed to using South Australian resources.

“We’re all about keeping everything local. We always support the local scene of creative arts. We are launching three songs with three video clips to match. The way I explain it is that Beyoncé just dropped an album and every song had a video clip and I thought, God, that’s crazy! But we’re doing that!” she laughs.

“So, we got a local director who’s done a couple of bands’ videos before. He did a really good job with Favour the Brave’s video clip so he’s taken on the job of dealing with us and filming our feature tracks, which are ‘She Knows’ and ‘Creature Comforts’. Our bonus track is called ‘Glitch’ and we’ve put together a whole heap of behind the scenes stuff that was our first release prior to the launch.”

The Serra are launching three songs at their gig, ‘Two’ at The Jade on June 4th with doors opening at 7:30. Grab tickets HERE.