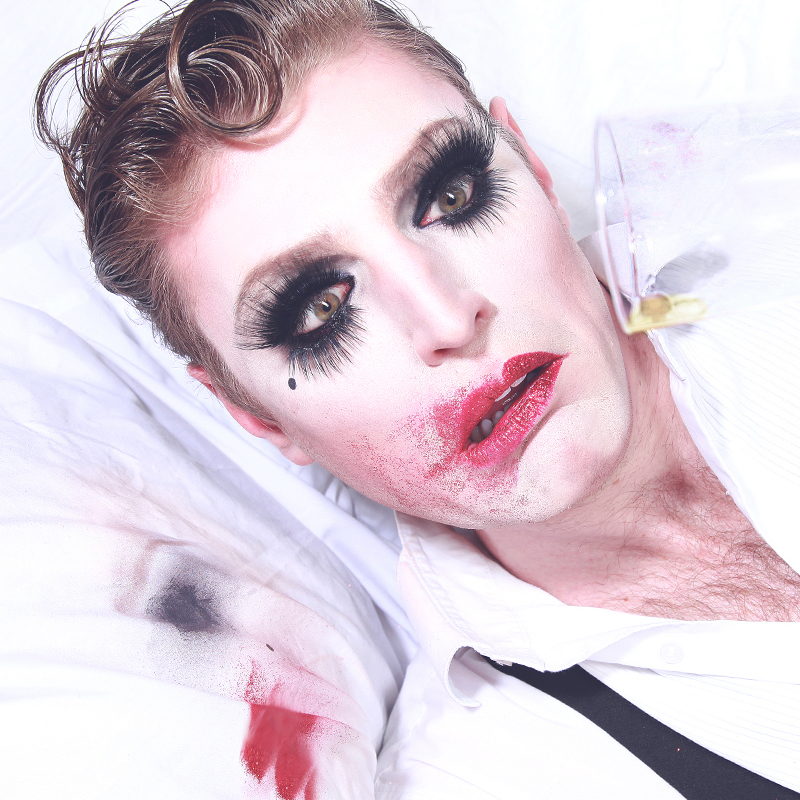 A master showman, Reuben Kaye takes the stage and grips the audience firmly for an hour of hysterical laughter layered with tales of woe and tragedy. Kaye commands attention, and not simply because of his multiple, dazzling outfits. Reuben is captivating, at once desperate for your attention yet knowing he has you entirely fixated.

Appearing first in a red and gold silk jacket, the performer lights the room with lipstick glittering. As the evening continues he changes costumes again and again, each more outrageous and incredible than the last. While sharply dressed, Kaye has clearly been saving the wet stone for his wit. Rehearsed or no, Kaye delivers lines with devastating effect, the audience watches gleefully as one after another of their cohort are turned upon. Laughter reigns as he jumps between story and song.

Success Story is brilliant. Cabaret at its finest, an enchanting mix of song and storytelling. Reuben Kaye delves into his past to deliver stories of his life, and stories of his imagination. Kaye is erudite and well spoken and simultaneously vulgar and crude, a sight to behold. He will shred audience members with a mish mash of references to 18th century literature combined with sly comments about physical appearance. This is not a show to heckle in, nor is it one to dare look at your phone during, as two lucky audience members discovered.

Clearly a cultured man, Kaye weaves references that art students can “feel smug about understanding, while they’re making soy lattes” through song and dance, backed by a simple but effective live music trio.

Told when he was younger that he was untrainable as a singer, Kaye has blossomed into a performer who craves – and deserves – applause. His voice, stage presence and persona are undeniably beautiful. A golden voice, weaving tales of sadness, anger and woe through the lens of an overactive imagination. Kaye delivers a performance which is inspiring, urbane, and audacious.

The show is fun and bubbly, well rehearsed and written: a vulgar and scandalous comedy. Reuben won the coveted “Best Cabaret Performance” award at this week’s Fringe Awards and it’s easy to see why. Success Story is an unbelievably funny show, something that must be seen at this year’s Adelaide Fringe Festival.

Reuben Kaye’s Success Story is on every night (except Mondays) at Le Cascadeur in the Garden of Unearthly Delights at 9:45pm. Grab your tickets HERE.