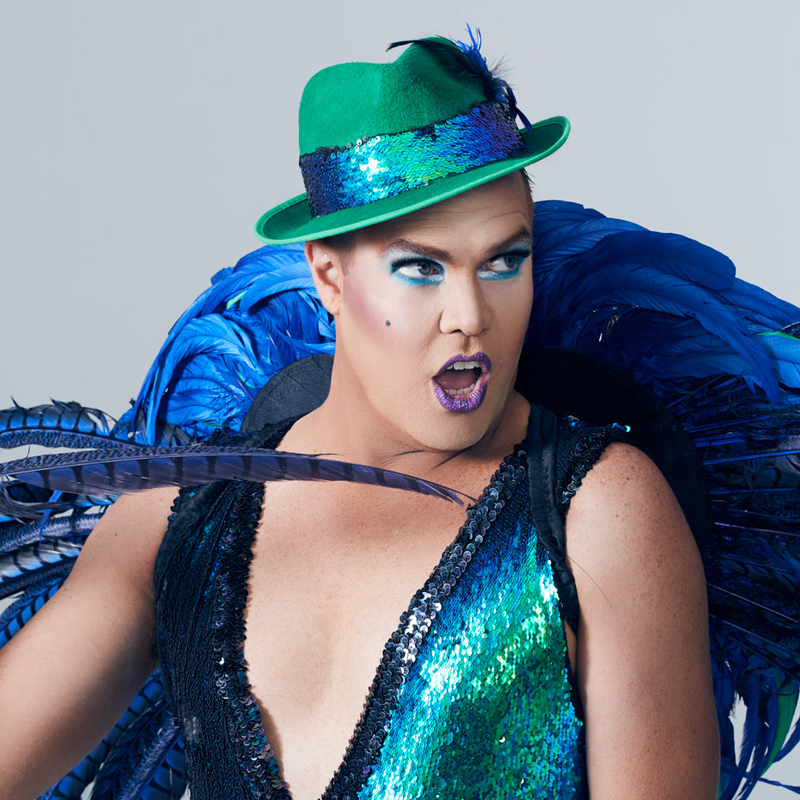 One wonders if Hans (AKA Matt Gilbertson) will ever run out of ideas for sequin-studded, satire-stuffed, toe-tapping cabarets.

The answer is, of course, no, and Hans is back with his latest blockbuster, If You Don’t Love Me, Leave.

Celebrating the solid rock anthems of our wide, brown land, Hans is advancing Australia’s flair and chucking a bit of sizzle on the grill

We were lucky enough to catch up with Hans before he took off to perform at Perth Fringe so he could give us the scoop on this year’s Adelaide offering.

“I think next year will actually be my tenth Fringe, and, as I am a guest in this country, I thought it was only fair that I pay tribute in some way. And I’m also worried that Peter Dutton will finally catch up with me,” Hans says.

“If I don’t do this at some sort of state-ordered, state-sanctioned performance, I may be thrown out of the country because, let’s face it, I am one of the few foreign people that has been allowed to stay in Australia in the past decade.”

“I mean, Berlin is where the heart is, but Australia is where my homo is. And, I have a sunburned heart, darling,” he assures me.

If You Don’t Love Me, Leave pays homage to the country he loves, but the (other) boy from Oz will show his true blue spirit by bringing a touch of bratwurst to the musical barbie.

“Look, Libby darlink, I think this country has a lot to be ashamed about recently. There’s also a lot to celebrate as well. So, it’ll be interesting to explore the two. I think when people see a Southern Cross these days, they think of Cronulla. And I don’t think that’s fair. I mean, for God’s sake, they’re just stars. I mean what has astronomy got to do with anything? And it’s time we reclaim it, honey,” he says.

One of the things Australia should be celebrating is marriage equality and Hans is encouraging suitors to form an orderly line.

“I mean, Jesus Christ, it’s only been made legal for the last month, and, frankly, it might as well still be against the law for all the action I’m getting,” Hans laments.

“And honestly, my country has given you the best of everything: the schnitzel, kransky, your obahn – you’re welcome! Where would Australia be without the Germans?”

Never without a few surprises, If You Don’t Love Me, Leave promises thrills, spills, frills and beer ballads.

“I will say, this is probably the most sing-along-able show and there are so many songs that I’m going to have to do a few medleys just to fit them all in. I did not realise how many Australian songs had such brilliant double entendre. I mean, what can I say but, ‘Come, Said the Boy’?” he says.

“Expect the unexpected this year. I mean, people think that it’s just going to be Kylie Minogue and Melissa Tkautz. Wrong. I’m going pub rock. I like to extend myself. I like to open myself to new possibilities. Open my chakras. You know, I think that’s what life’s about, darlink.”

You can catch Hans at Gluttony from 27 February. Grab your tickets HERE.