Shimmer Photographic Biennale is the only South Australian arts festival dedicated to celebrating the art of photography and the culture of the camera.

Hosted by the City of Onkaparinga, over the past decade, the festival has added to the McLarenvale region’s well established reputation as a premium destination for the arts, food and wine.

More than 35 artists from across Australia are involved in the festival which will be held across 13 locations in the City of Onkaparinga.

The Shimmer Photographic Biennale 2018 is held from 14 September to 14 October and will feature some incredible exhibitions and workshops.

Check out the full program HERE and check out some highlights below.

EAT WITH YOUR EYES 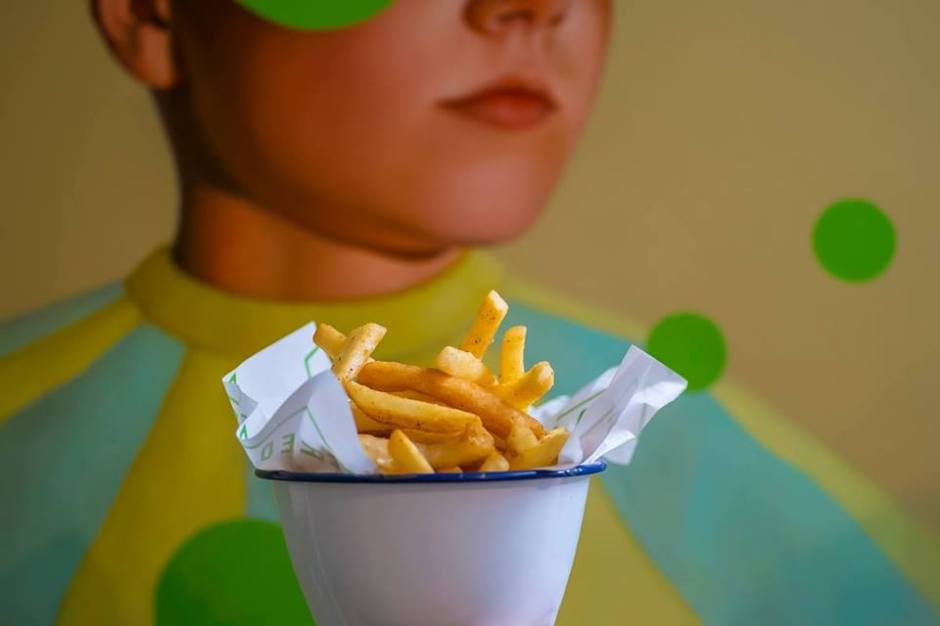 Instagram has thrust food photography into the spotlight. Many, if not all of us, are guilty of trying to get that perfect snap before delving into a dish. There are over 287 million images under #food and around 167 million with the tag #foodporn on Instagram.

We’re eating with our eyes, and that’s what professional photographer Heidi Linehan of Heidi Who will be discussing in an upcoming workshop.

Heidi has teamed up with the City of Onkaparinga for the 2018 Shimmer Photographic Biennale and will be sharing her tips and tricks at the Eat with your Eyes workshop next month.

Over a delicious three course dinner at Red Poles in McLaren Vale, Heidi will provide insight into beautifying food, styling photographs and how to capture ‘that shot’.

For more than five decades, Robert McFarlane has been capturing candid and powerful images of Australia and Australians.

The Adelaide-born photojournalist is known as one of the leading arts and social documentary photographers in Australia.

A large selection of his most personal images will be on show in travelling exhibition Still Point during the 2018 Shimmer Photographic Biennale.

Still Point will run from Friday 14 September until Sunday 14 October at the Fleurieu Arthouse in McLaren Vale. An official opening featuring the curator and photographer will be held on Sunday 16 September from 12.30pm until 2.30pm

Robert McFarlane will also join fellow artists Walkley Award winner Barat Ali Batoor, Jeff Moorfoot, Milton Wordley, Melissa Little, Alex Mausolf  and artists from Illuminart at Open Exposure, an artist discussion forum facilitated by Mark Kimber, Head of Photography and the South Australian School of Art, Architecture and Design. The artists will provide insight into their practice and processes and delve into social media’s role in and influence on professional photography. Open Exposure will be held on Saturday 15 September from 11.30am until 4.30pm at the Arts Centre in Port Noarlunga. The event is free but places must be reserved, so book HERE. The world-famous works will be on display at the Arts Centre in Port Noarlunga from 14 September to 14 October as part of the 2018 Shimmer Photographic Biennale.

The works expose an underground cultural tradition where young boys, who are called bacha bereesh (boys without beards), are dressed as women and dance for men as entertainment.

“It took me seven months to get access to meet these boys and document the dreadful lives that they lead,” said Mr Batoor. “They are constant victims of sexual abuse by their owners who then pass them around to other men after a price has been negotiated. Many of them turn to heroin or opium to relieve the pain of their existence.”

Mr Batoor was born in 1983 into a Hazara family who were driven from Afghanistan by the civil war.

He fled to neighbouring Pakistan before taking the perilous journey to Australia by boat and seeking asylum.

Mr Batoor will share details of his exhibition and his career as a documentary photographer at the official Shimmer Photographic Biennale launch which will be held at the Arts Centre, Port Noarlunga on Friday 14 September from 7pm until 9pm. Mr Batoor will also be a guest speaker at the Open Exposure photo forum, to be held on Saturday 15 September from 11.45am until 4.30pm at the Arts Centre.