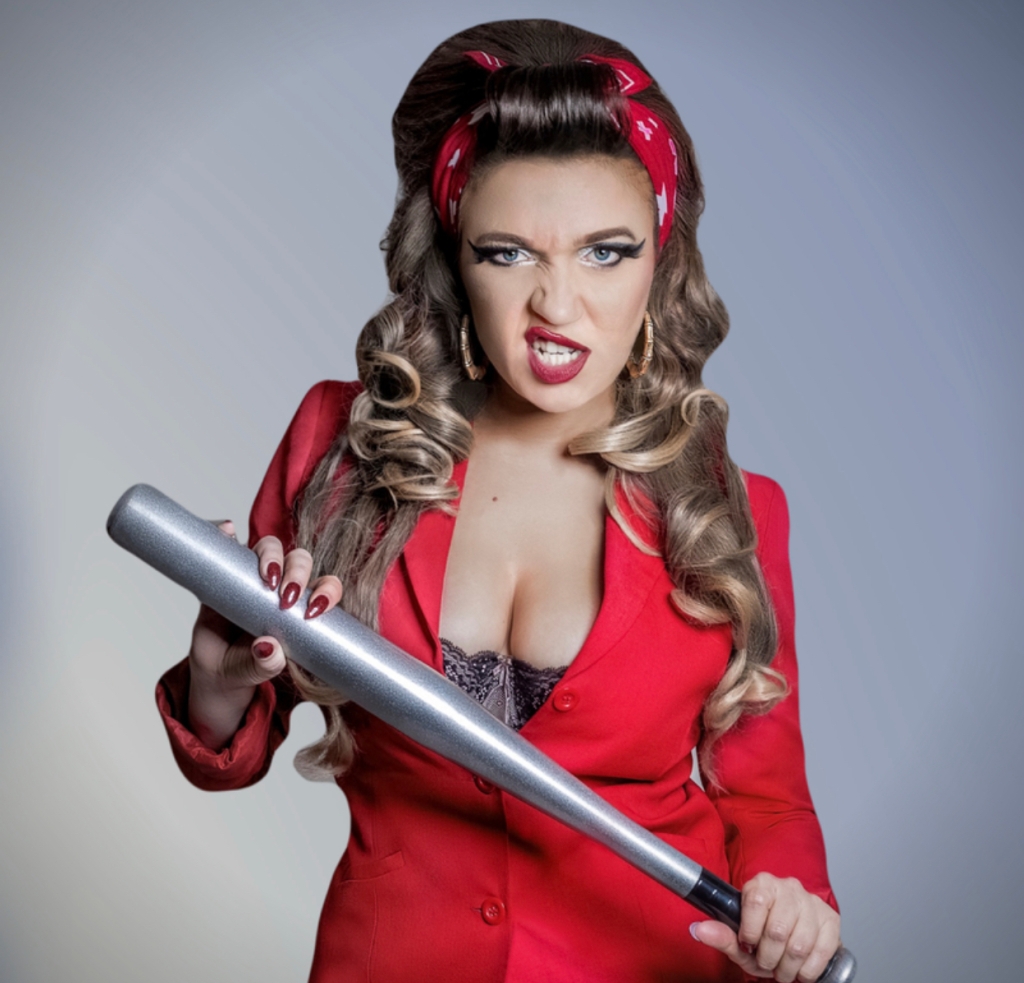 On the back of successful seasons of previous shows, Adulting, The Desperettes and These Things Take Wine, Tash York returns to Adelaide Fringe with Badass.

Based around the premise of finding your inner badass, whether that’s it’s wielding a bat to the patriarchy, challenging life’s norms, or swearing like a sailor, Tash says it’s a musical, autobiographical account of her own challenges with her outward persona.

“It’s essentially about all the things that we try and do to cover up how we really feel about things. So for instance, I constantly try to present myself as if I’m a badass and I don’t care and I don’t need nobody, but actually I have crippling anxiety. So it’s about the masks and the way we project ourselves out into the world versus the reality of the toll that takes on us and that actually we’re all struggling, so maybe it’s time to stop doing that,” she says.

“I talk a lot about anxiety and the things that I try to do to combat that. I talk about outing the saboteur, the person that lives inside of us that tries to ruin everything constantly. And I also talk about celebrating the little things, the little wins in life that make us every day badasses. Whether that be actually bringing the proper bags to Woollies and Coles instead of actually paying for plastic bags, or finding a car park at the front door, having the correct change for something, you know those little things in life that we need to celebrate.”

Tash York is an accomplished and talented vocalist, and an incredibly engaging comedian and entertainer.

She penned Badass on her own and has included original tunes as well as parody songs though which she tells her stories.

“There’s two original songs in this show, one talking about whether I’m a badass or a tomboy that’s just grown up. And another song that’s called ‘I’ve Got No Feelings’ which is about the fact that no one wants to actually say that they’ve got feelings anymore until they say that they’ve got all of the feelings,” she says.

“I think this is probably a lot more feminist than most of my stuff. I guess because it’s talking about imposter syndrome and that ladies were never allowed to be badasses for a long time and now there’s a revolution that we’ve all gotten on board with, that this isn’t just for boys anymore; we get to do that as well. But there’s still stuff in there for the guys. I always try and make it as relatable as possible for everyone so we can all be like, ‘Yay, we’re all not doing that great together and that’s fine’ or ‘This is fine, we’re all doing this at the same speed’.”

Since her Adelaide Fringe in 2016 with her cabernet cabaret These Things Take Wine, Tash says she has grown and developed as a performer and is stepping it up this year.

“This Fringe in particular is a huge one because I’m in a 180 seat venue and I’m using a three piece band. I would not have ever dreamed of doing that for my first Fringe where I had just a single piano and I had a show at 6:15, a show at 11:15. I barely scraped myself into gluttony that year. I think that year was definitely me being like, ‘I don’t think I belong here’ and this year it’s like, ‘Yay, I belong and I’m ready for it’. I’m also still terrified; that never changes,” she laughs.

“But I know that there is an audience for my work now. I guess that imposter thing is getting smaller and smaller, even though I keep challenging myself to make myself more terrified. I’m taking baby steps in that I feel confident to have original songs in my show now and I feel confident to have improvised songs in my show now, and working with a band. I feel like I’ve grown as a performer in the sense that I feel more confident that someone will care. As far as performance-wise like writing, I think I’m not as scared to offend people, not that I try to offend people, but I’m not as censored with my own work now. I think I feel like I’ve found the kind of voice I have and the way I can say it and I’m not shying away from what I really want to say.”

Badass is playing at Gluttony and also heading to Stirling Fringe. If that’s not enough, Tash is performing in another show with Boo Dwyer called Petty B*tches at both Stirling Fringe and Gluttony.

“We’re doing Stirling Fringe with both shows and it’ll be my first time doing that, which is exciting,” Tash says. “I love these out of the way venue situations. One of my big tasks this year is to try and do as many random little places as possible. I did Port Douglas last year and they were just super appreciative and loved it so much. I feel like Stirling will have the same vibe.”

You can catch Badass and Petty B*tches at Stirling Fringe and Gluttony.