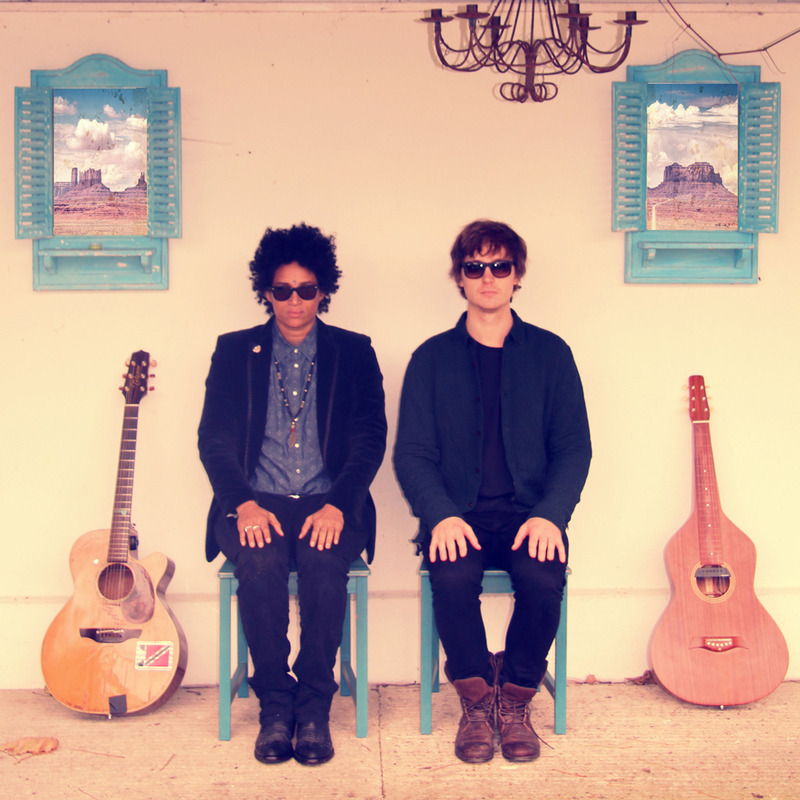 A Z-Star show is quite an experience. Negotiating drums, guitar and vocals, Zee Gachette is an exceptional performer. Although softly spoken between songs, she has an arresting stage presence.

We are very lucky that the UK based artist visits our shores so often – this time with her Z-Star Delta project to play the Fortuna Spiegeltent in the Garden of Unearthly Delights.

There are very few performers who inhabit the stage quite like Gachette – establishing a deep bond between audience and the music. Essentially a blues artist, there are elements of cabaret to a Z-Star gig: the performer moves into the audience at points and there are touches of Morrison-esque spoken word poetry. You can’t help but be moved in some way.

The other half of the Delta is long time collaborator Sebastian Heintz on guitars and occasional synth. Together they make a slick outfit, capable of pushing out a bigger sound than a duo really should.

There were a few technical difficulties on Saturday night, with some equipment failing earlier in the gig. Gachette was honest about what was happening (and how she was feeling). For another performer this might have derailed the gig but she reassured us she’d have done the show acoustically if needed. Thankfully the issues were resolved and it didn’t come to this.

While each song had it’s own unique power, gig highlights included ‘Wonderland’, new song ‘Human’ and a smouldering cover of ‘I Put a Spell on You’ (which is being released as a forthcoming single).

Z-Star will be back in June as part of Alt Fest at Woodville Town Hall with details available here. Don’t miss this incredible artist at the top of her game.