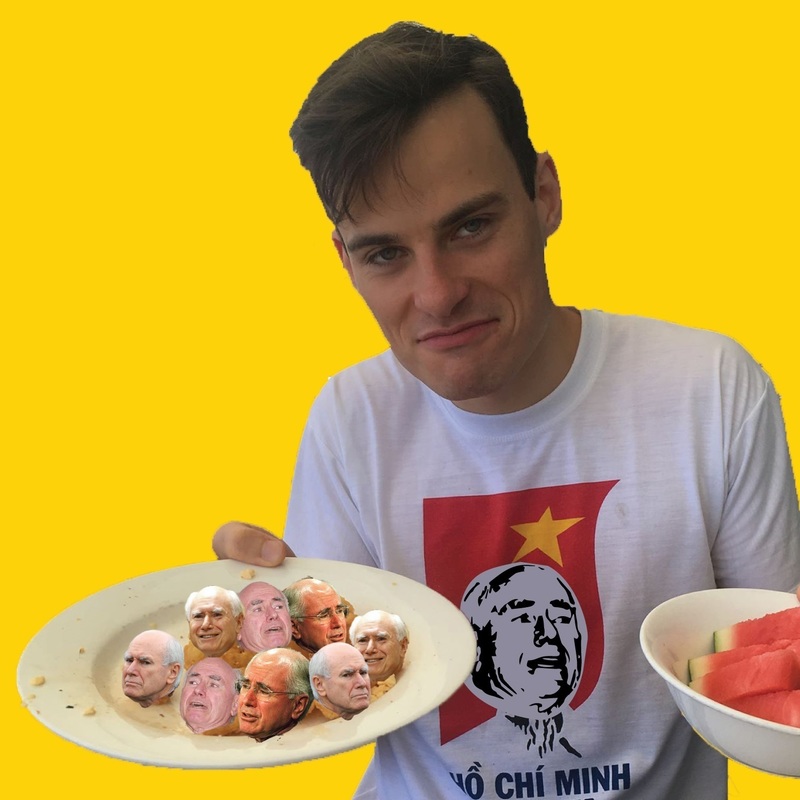 A character-actor that rivals Daniel Day Lewis, Friendlyjordies has a remarkable ability to transform himself into a child, a WASPy mother and the much respected (and feared) Aussie Battler. Known from his often-times confronting YouTube channel, Jordan Shanks takes his statistics-supported comedic lecture (with PowerPoint and clicker) on the road and he doesn’t hold punches.

Why John Howard REALLY Sucked is a 60 minute detailed elaboration on the title, where Jordan takes the audience on a detailed history tour of the Liberal party’s failures and poor economic policy choices. Systematically criticising the decisions made under the Howard Government (with slides!) and explaining in graphic detail how Labour are the underdog we should all be barracking for; Jordan somehow makes the audience give a shit about politics again. Not an easy feat for the ever cynical Aussie public.

You may be overwhelmed with his passion and ferocity if you aren’t familiar with his online presence, but this show is so engaging and the zeal with which Jordan presents his argument is so compelling; the uninitiated will soon be disciples to the word of Friendlyjordies.

Sold out for his limited three night run, you’ll be kicking yourself IF you didn’t purchase tickets earlier. Do the next best thing and check out his YouTube channel: search Friendlyjordies and buckle yourself in for the ride.

When to go: After dinner, as you won’t have anything to talk about after. Just silence and permeating cynicism.

Who to go with: Your liberal and conservative father: a true test to your relationship and his blood pressure.