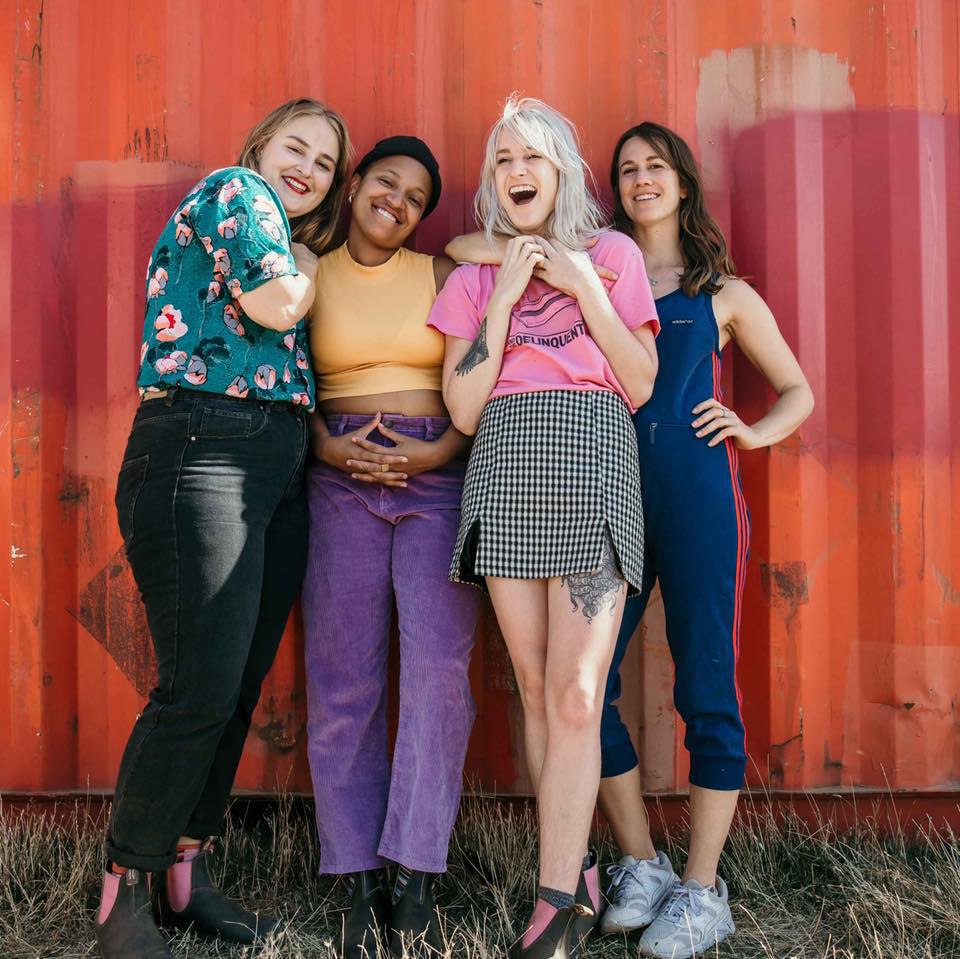 Happening this weekend, the Grampians Music Festival boasts a pretty massive line up for a boutique fest.

Sydney band The Buoys are amping up to play the gig and vocalist/guitarist Zoe is also looking forward to the journey to the festival.

“We’re really excited for the road trip. We’ve been told that the Grampians area is just so ridiculously beautiful,” she says. “Our friends, Raave Tapes are playing and I haven’t seen them play in ages, but there’s a Melbourne band called Gamjee playing on Saturday, who we’re going to miss, and I’m so upset because they were the ones I was most looking forward to seeing, but we have to fly out for another festival. But I can still see Quivers, so I’m happy about that.”

With work demands, in addition to the band’s gigging dance card filling up fast these days, Zoe says the band enjoy the road trips and downtime when they can.

“We used to drive a lot more. We fly a lot more now, but because this is rural Victoria, we fly to Melbourne and then we’ll drive,” she says. “I very strictly work Monday to Friday.  A lot of the other girls also just work during the week. So we’re lucky that we happen to only work during the week. I mean you won’t find us playing in Perth on a Tuesday because logistically we can’t get to and from work in time.”

After the Grampians gig, The Buoys will be trekking around the gig circuit with Spacey Jane, which includes a spot at The Gov.

“Recently got on board with jumping on this Spacey Jane tour, and we’re going everywhere. We won’t get to drive around Adelaide though,” Zoe says. “We’ll be flying. But we were there last year with DZ Deathrays at HQ and we’ve never been able to spend a whole day in Adelaide. So I think this will be the first time that we can spend more than just a few hours there.”

With an all female line up, The buoys got together due to a lack of visibility in female musicians in original bands, which Zoe says is crucial for inspiring young people to take up music as an interest or career.

“It was like a community effort,” Zoe laughs. One of my friends posted a status saying, ‘We need more female bands in Cronulla,’ because at the time I never saw one chick up on stage. And then I messaged him and he set me up on a blind date with these girls, and then we just started The Buoys. We just couldn’t think of a name and we thought, “Oh, we’re all girls, let’s be The Buoys.

As well as a stack of live gigs, The Buoys will have an EP out this year, which is something for us to look forward to!

“We’re doing this tour with Spacey Jane now for the next two months or so. So that will keep us busy for a while. And then after that we’ll be able to release our EP,” Zoe says. “This one’s been baking for a while because we recorded the first few tracks more than a year ago. And then we outgrew them before we could release them. So now we’ve started again and we finally finished the six tracks that are going on this EP. That’ll come out in the middle of this year, and then we’ll do a nice little tour for it. But there’s nothing locked in yet. It’s really all just release and tour. And really we are so ebbing and flowing right now. We’re just kind of, any opportunity that comes up, we’re like, ‘Yes, I want to do it.'”

You can catch The Buoys at Grampians Music Festival this weekend, at the Gov on April 5 and look forward to their new EP coming soon.