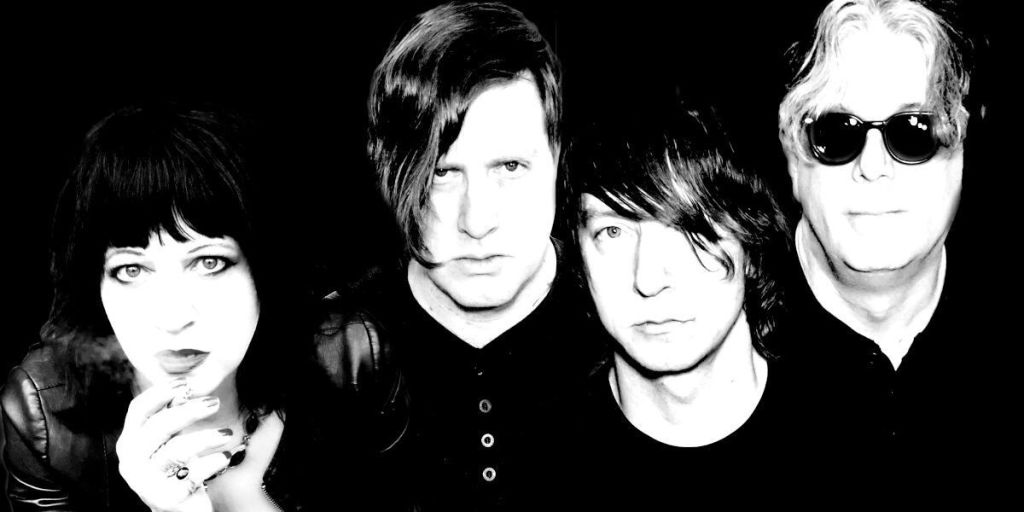 Lydia Lunch Retrovirus gave Adelaide a dose of their in-your-face, sonic brutality at the RCC on Thursday night.

Now entering her sixth decade as an iconoclastic singer, composer, poet, author, playwright, actress and serial collaborator with a host of artists who inhabit the fringes of alternative art and music, she has gained (and on the evidence of this performance, maintained) a reputation for being uncompromising in her attitude and in her approach to her work.

Whilst this was announced as a career retrospective, it certainly was not a friendly run through her body of ‘greatest hits’. If people were brave enough to call out for a song, Lunch gave their requests short shrift, flipping them away with a scowl and a putdown.

The band’s confrontational side was on full display when one audience member, who must have said something to upset the band, received a nuclear assault of expletives, threats, insults, a barrage of spit, and a demand from security to throw the punter out of the venue, as Lunch and guitarist, Weasel Walter, threw their drinks at him.

She then devoted her next two songs to the guy, each introduced by another spray of angry invective as she did so.

The set, though, did cover a wide range of Lunch’s career. We were treated to songs like Love Split With Blood, from her early band 8 Eyed Spy (‘Not my favourite band‘ she said), and Mechanical Mystery, from her first solo album, Queen Of Siam. Other early tracks include the 13.13 track, Afraid Of Your Company, and an incendiary cover of Pere Ubu’s 1976 nihilistic classic, Final Solution.

Another 8 Eyed Spy song, Dead You Me B Side, which she classified as being in the ‘garage forensics‘ genre, was a highpoint of the set, as was Gospel Singer, which she called an example of ‘dumb boogie‘ that had first appeared on the Harry Crews record that she made with Sonic Youth’s Kim Gordon.

This version of the song impressed Lunch so much – particularly Weasel Walter’s frenzied guitar soundscape in the middle of it, that she promptly demanded the band play it again immediately, during which she dutifully mopped her hyperactive guitarist’s brow by way of saying ‘thank you’ for the doubling up of his effort.

Walter makes for a fascinating visual study. It seems like he has one chord plugged into his guitar and another one sending electricity directly through his body. He throws himself around the stage, holding out his guitar at strange angles as it buzz saws through riff after riff. His face contorts into a thousand bemused expressions as if he is having some heated internal argument with himself at every moment. He high-kicks, he windmills, he shakes his ass provocatively into fan’s faces, and works up a mass of flying sweat that rains down on his immediate vicinity in cyclonic proportions.

Meanwhile, primal drummer, Bob Bert, anchors the whole thing together with his raw, unrefined, propulsion methods. No fancy frills or fills, he just supplies the simplest of beats played at the perfect rate for each song.

Bassist, Tim Dahl was also a compelling vision of strangeness. His body twitches and convulses in response to some dysrhythmic pulse that appears to be in direct opposition to that he was playing at any given moment, all the time staring out into the crowd with his fixed zombie-like stare.

Lunch, in the meantime, delivers her dark lyric poetry over this relentless wall of sound, and  even songs she introduces as being ‘happy’ are about prostitution, death and misery.

Her rendition of Still Burning, dedicated to her ‘favourite ghost’, Roland S. Howard was a nod to their much admired collaborative Shotgun Wedding project, and her love for the Australian indie icon came through in her passionate delivery of this powerful tune.

The band finished with a newer song, which I had not heard before, introduced as My Cuntregation which saw them ratcheting up the frenzied power and attitude even further.

Lunch then gathered up her handbag and her folder of lyrics before leaving the stage and walking straight out the exit door, leaving what was originally a tentative and intimidated crowd applauding wildly for an encore that was not to come.

This was billed as Lydia Lunch’s first and last Adelaide appearance. If that is to be true, I was glad to be there.

I am also glad though, that I won’t ever meet her, or any of her band, down a dark alley somewhere late at night!

The support slot saw local band Wing Defence making their return to the stage after a nine-month hiatus. Their set was met with enthusiasm by more than a few members of the crowd, as well as those out drinking on the balcony, who often joined in with the choruses of the band’s songs which seemed to be about generally being pissed off about not much.

Lydia Lunch Retrovirus played their sole Adelaide show on Lvl 5 at the RCC on 27 February 2020.