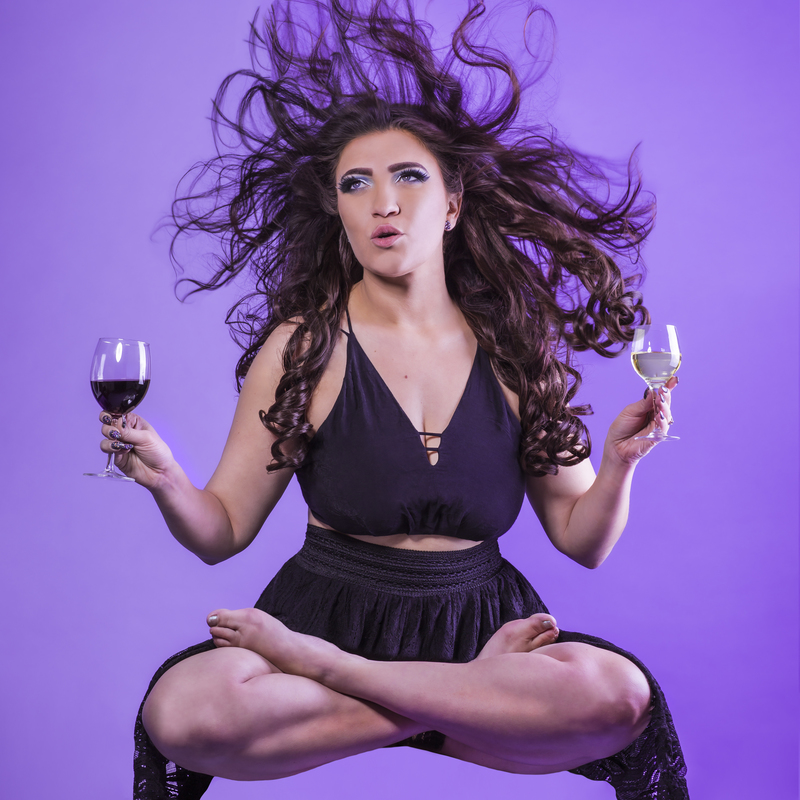 Having performed at the Fringe for the past five years, Tash is looking forward to her return this 2020 season.

“Adelaide audiences are probably my favourite. They are so welcoming and they drink a lot,” she laughs.

Considering the title of her latest show, this Adelaide audience trait is alright by this sassy songstress.

York’s first Fringe offering five years ago was called These Things Take Wine and when developing her concept for her latest show, the cabaret performer was keen to go back to where it all began.

“It was my first show touring and I thought maybe I could bring it back, maybe I could revisit it,” she says. “I was reading over the show, and realised that none of it really related to me anymore, it’s just not where I am in my life.”

In the past few years, Tash has taken up yoga and meditation, and it was during a gal-pal catch up where the concept for Winefulness was born.

“I was talking to a friend about it and we were there eating a cheese board, on her balcony and drinking wine that cost more than $10,” she says. “Wow! My life has changed so much from what it was ten years ago!”

Winefulness acknowledges that as thirty-somethings we are still up for a drink, a party and having a good time, but it’s important to still have ‘you-time’.

“Winefulness is a combo: still loving to go out and get drunk and having a good time, but also taking time out for yourself, looking after yourself and being a bit more grown up,” she says.

In previous shows, such as Adulting and Bad Ass, Tash took popular songs and adapted the lyrics to suit her comic narrative and we can expect much of the same with Winefulness, but she has also included two original songs within her show.

“There’s more improv elements to this show. There’s a ‘goon of fortune’ that chooses what happens next,” she laughs. “I want to move towards more of a half-half of parody and improv elements; stuff that is improvised and my own.”

Performing has always been in Tash’s blood, and she confesses she had very little choice in the matter.

“When I was little, my mum was like, ‘you have too much energy, we’re putting you in drama school’,” she laughs.

After a brief flirtation with a business degree, Tash went on to study musical theatre, but it wasn’t until she moved to Melbourne that the world of cabaret opened up to her.

“I began by hosting some burlesque shows, and then in my last year of uni I helped a friend write a script,” she reflects. “This is pretty cool, I thought, I can vibe with this. I get to tell my own stories.”

Just as her past shows reflect the different stages of Tash York’s life, Winefulness is no different.

“Sometimes people think they can’t have a good time anymore because they have too many responsibilities, but it is about finding your own fun. You can have your wine and drink it too!” she laughs.

While mindfulness might be the twenty first century buzz word, Winefulness sounds far more fun; and a perfect way to spend a vino-accompanied Fringe night.