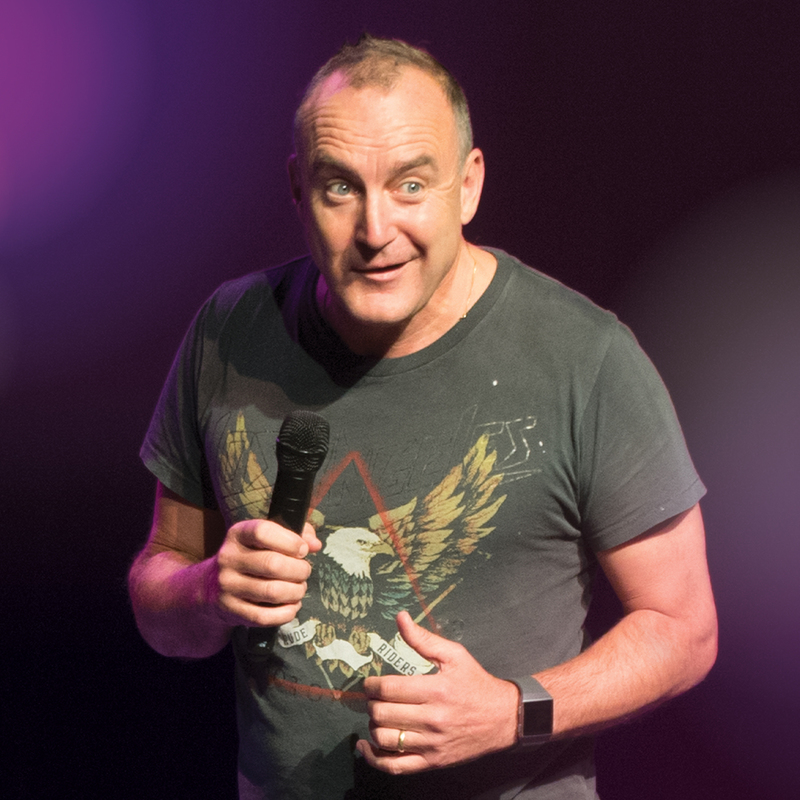 There was a time when Jimeoin seemed to be everywhere. His crazy wide-eyed stare was staring out at you from every poster covered fence around the city. He was constantly bringing his show to a theatre near you, whilst he was appearing on every television variety show that would have him. And he has certainly been no stranger to the Adelaide Fringe over the years.

This long period of heavy exposure, in those years before the outbreak of confessional stand-up comedians had reached its current plague proportion, meant that some people have developed an immunity to Jimeoin’s old-school approach, and he is no longer an automatic choice for people as they pore over their Fringe guides deciding who their ticket monies should be invested in.

That’s a shame, because on the evidence of this show, the amusing old trooper still has a lot to offer, as the regularity of wholehearted belly laughs from the crowd gathered inside the stiflingly hot and humid venue would suggest. He has not lost his edge, despite his material being more focused on domestic concerns, as well as wistful reflections on his parents and the past, these days.

The Box at the Garden of Unearthly Delights seemed to be having trouble with its air-conditioning during the first half of the show, which initially made for an uncomfortable experience for both audience and performer as we all sweated it out in the stifling humidity. Jimeoin made light of our mutual discomfort and his genial humour made the situation bearable until the cooling system kicked back in half way through the performance.

Whilst marriage and parenthood proved fruitful areas for his comic observations, the most poignant comedy came from his reflections on his parents influence upon his Irish childhood. These reminiscences were all deftly coloured by his self-deprecating manner which created a wave of affectionate empathy as well as plenty of spontaneous laughter.

This Irishman is not afraid to be un-PC at times, and he wickedly targeted subjects like race, Islam, sexuality and feminism – all the while daring his audience not to laugh.

Jimeoin’s comic craft shone through clearly in his apparently shambolic ‘ramble’. He blends a clever mix of classic joke telling, improvised riffing on what appear to be random topics, audience teasing, mischievous employment of pauses before punchline deliveries, the occasional impersonation and, as he strapped on his guitar, a final set of short and memorable ‘tunes’ that really brought the house down.

This variety of approach guarantees the routine contains very few flat spots. There is likely to be something that will amuse everyone in this show.

Jimeoin is no has-been, and his Fringe show confirms that he can still deliver plenty of comedy gold.

Jimeoin: Ramble On! is being performed at The Box at The Garden Of Unearthly Delights from Friday 13 March to Sunday 15 March. All performances start at 7:00pm.