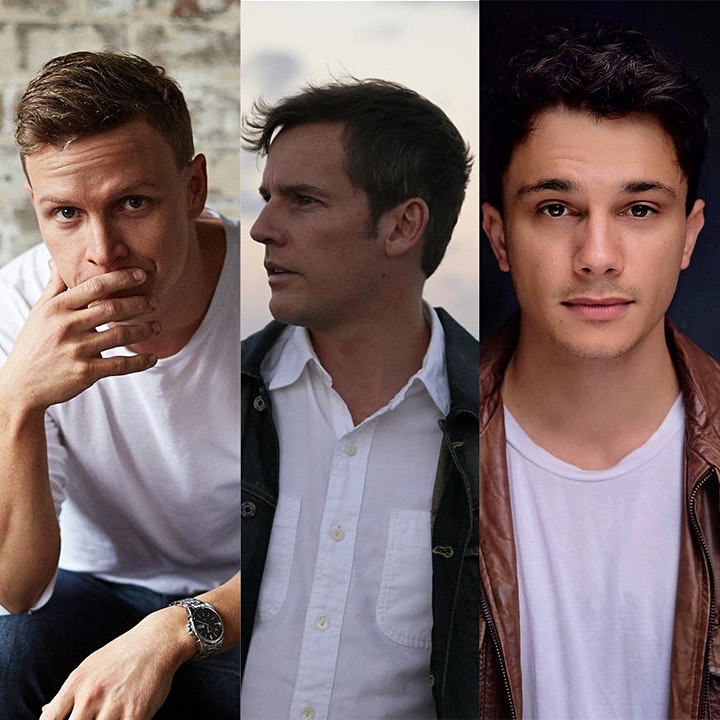 In its South Australian premiere at Adelaide Fringe Festival this year, Mathew, Mark and Luke are Waiting for John from 4th-7th March in their original production by The Little Red Company.

Delivering righteous vocals, irreverent wit and a few gospel truths, Waiting for John is a medley of original numbers from each singer with fresh arrangements of hits by famous Johns such as Legend, Mayer, Lennon and Farnham.

“We’re performing five shows in Adelaide so imagine the setlist will change from night to night which will be fantastic because as an audience, it’s not often you get to sit back without expectation, not knowing where the show is going and be beautifully surprised,” Luke says.

Debuting their show at Queensland inaugural Wynnum Fringe last November in an old charge on a Sunday evening is what cemented its biblical name.

“When you’ve conveniently got a Mathew, Mark and Luke it would be a missed opportunity not to bring John into the pictures,” says Luke.

Audiences can also expect some involvement by giving requests, which has seen the guys cover the likes of John Cougar Mellencamp, Johnny Cash and even the great Olivia Newton-John.

Waiting for John plays at Adelaide’s newest Fringe venue, The Queens and boasts a spectacular night of sing-a-longs and laughs.

Tickets are on sale now and you can buy them HERE.