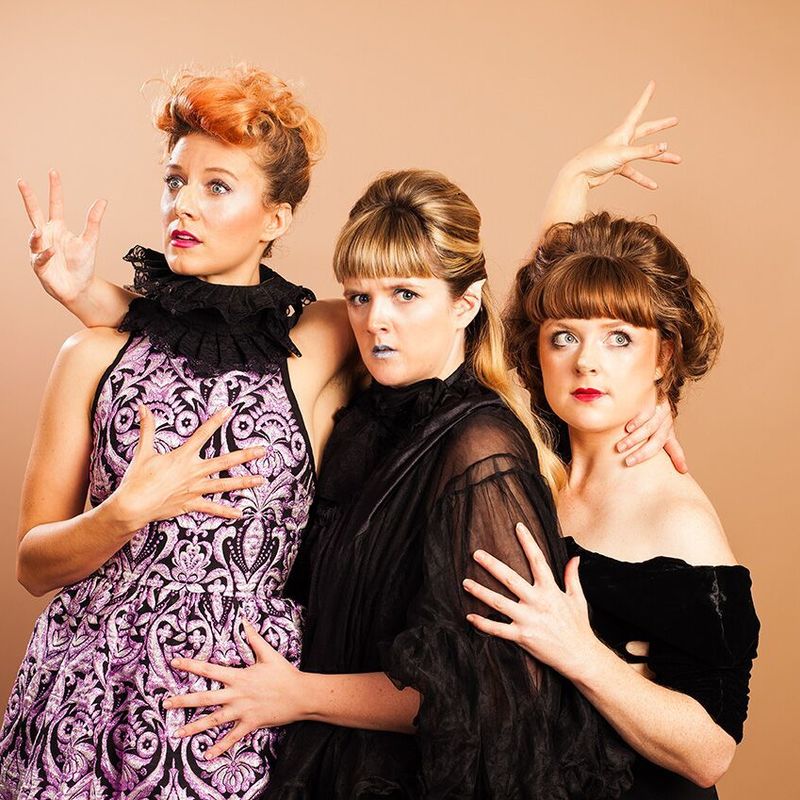 It was a pretty bleak start to the evening.

On arrival, the Royal Croquet Club was like a ghost town. Sure, the heavens were threatening to open, but it wasn’t a cold night so there was no obvious excuse for the dearth of patrons at the venue. Unless those who stayed away knew something I did not?

Having seen The Travelling Sisters last year and enjoyed their brand of surrealistic sketch humour, I was keen to catch their new show this time out.

What ensued over the next hour, however, was a sloppy and unfunny slew of directionless skits that relied far too much on flesh and far too little on fun.

The element that made last year’s skits so refreshingly humorous was that they never fell into the trap of sexualising the gags in order to please the lowest common denominator.

This year, however, almost every sketch involved stripping, nudity, or donning fake breasts and pubic hair whilst mindlessly prancing around. The troupe’s point of difference has disappeared. This cheap and salacious approach has been done to death on other stages in other tents, and it’s a shame these talented women felt the need to refocus their act so heavily on this desperate form of ‘comedy’.

All three performers – Lucy Fox, Laura Trenerry and Ell Sachs – have terrifically expressive elasticised faces that can be contorted into expressions impossible not to laugh at, but that cannot be the only asset you bring to the stage in a comedy show. That joke wears thin pretty fast – and it did tonight.

I am hoping that this was just one of those inevitable bad nights all comedians have – the lost costume elements, lost microphones, lost buttons, and missed words and fluffed lines, all suggest it could have been just a confluence of mistakes and misfortune that threw them off their collective game here.

But the below average material here means the performance is devoid of any of those essential laugh out loud moments which make a show stand out from the pack.

At best, Toupe only raises a momentary smirk from the audience at a couple of points throughout the one hour the women are on stage. People around me surreptitiously checked their watches at times, desperately hoping not to be caught out doing so – and unfortunately it was that sort of experience.

The Travelling Sisters can – and have – done better than this. This is surely just an aberration in their four-year sequence of award-winning comedy shows.

I will still go and see them next year because these women are surely too talented to misfire more than once. But this year’s show was, whichever way you look at it, a massive disappointment.

The Travelling Sisters – Toupe is at the Plaza Parlour, Royal Croquet Club. The season will finish on March 1.