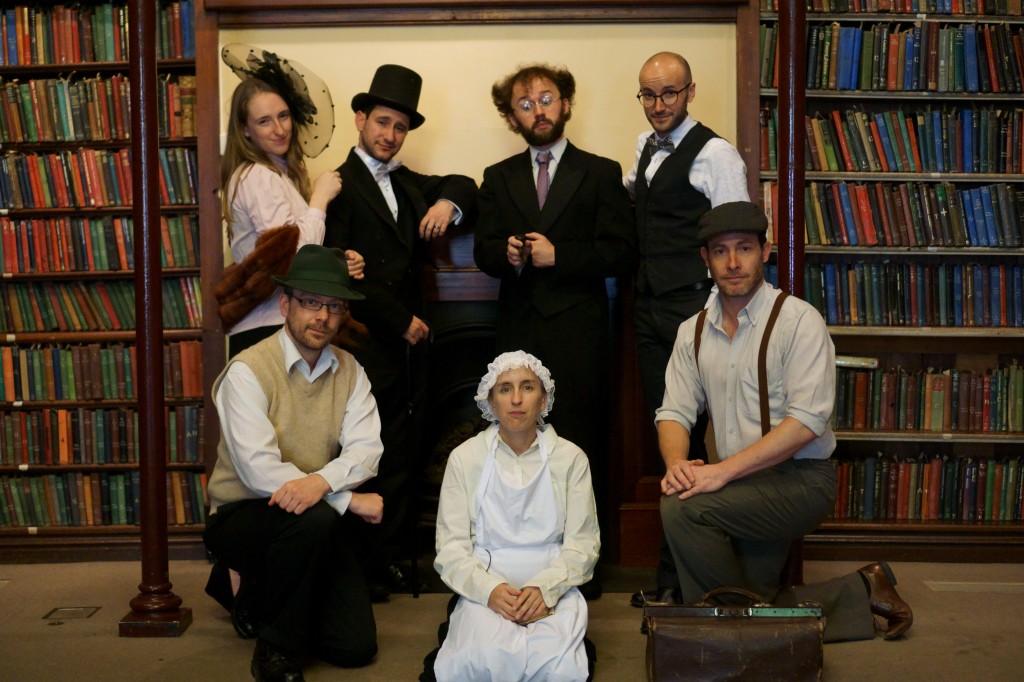 After taking 2018 by storm, Adelaide’s favourite Downton Abbey inspired improvised soap opera, Upstairs Downton, returns to the Fringe with a limited three night season at the Duke of Brunswick.

Now in its fourth year, Upstairs Downton is an hour long period comedy made up on the spot each night by some of Adelaide’s most talented improvisers, based on audience suggestions.

The show’s founder Paul Gordon who brought the improvised soap opera to Adelaide in 2014 says it’s the perfect time to check out this year’s show at the Adelaide Fringe.

“With the Downton Abbey movie coming out later this year, this is a chance to get into the swing of everything 1910s,” he says. “What makes the show unique is that, whilst every episode is self contained, the storyline continues from night to night. You can come for one show, or follow the whole saga across the three nights.”

Past seasons have explored power struggles between feuding families, mistaken identities, and in one show a particularly intense game of tiddlywinks.

“The great thing about an improvised show like Upstairs Downton is that even the performers don’t know what’s going to happen next, but it always comes together in the end.” said Gordon.

“It’s a little bit comedy, a little bit drama, all made up on the spot and always entertaining. If you loved Downton Abbey, Gosford Park, Upstairs Downstairs or just good comedy, this show is for you.”

Upstairs Downton runs at the Duke of Brunswick Hotel from 15 to 17 February, with tickets from $15 available HERE.