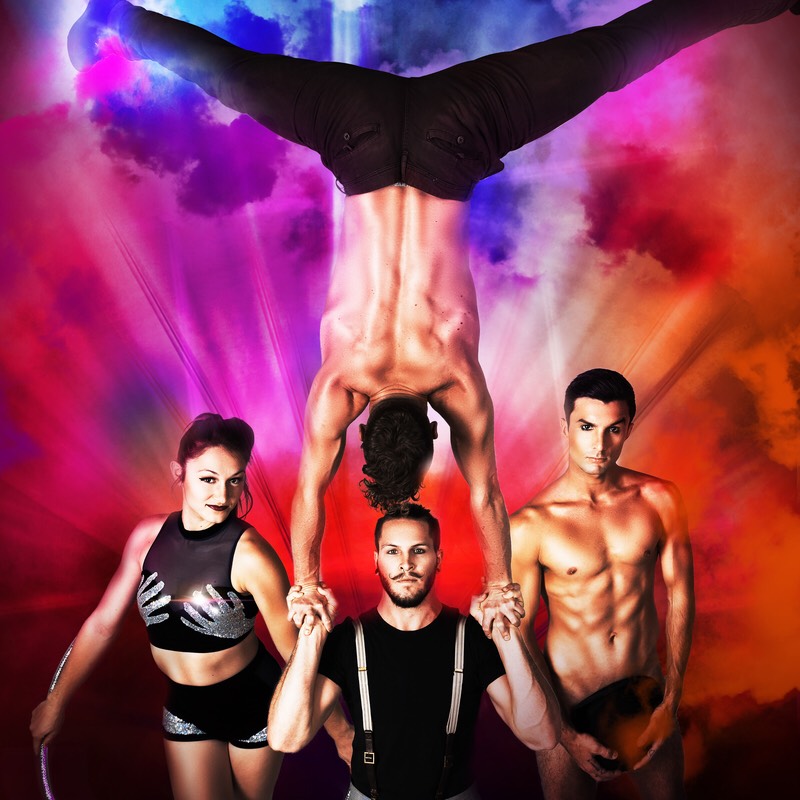 Touted as the raunchier, naughtier late-night counterpart to Western-themed Railed, Circus’Cison was suitably intriguing. The team from HeadFirst acrobats never fail to impress with their edge-of-your-seats stunts, and glistening, perfectly formed physiques.

Circus’Cison comprises of a collection of some of the finest circus acts, and physical theatre performances from the Fringe. There’s something for everyone (except for the kids, of course – this is strictly adults-only fare)! Stunningly dramatic aerials, hula hooping with a difference, and some cheeky banter from the MC, Circus’Cison certainly kept the audience entertained, and at the 11pm time slot, that’s no mean feat.

As each act had its own character and identity, Circus’Cison didn’t have the continuity of narrative evident in Railed. That being said, the versatility in the performances allowed for the perfect pick and mix of circus acts. Depending on your circus flavour of choice, some acts may engage more than others, but each performance was supported by an energy-inducing soundtrack and lighting display designed to thrill.

If physical theatre is your thing, then Circus’Cison is a great way to end your night this Fringe season.

Circus’Cison playing at the Octagon in Gluttony on March 15th and 16th. Tickets can be purchased HERE.