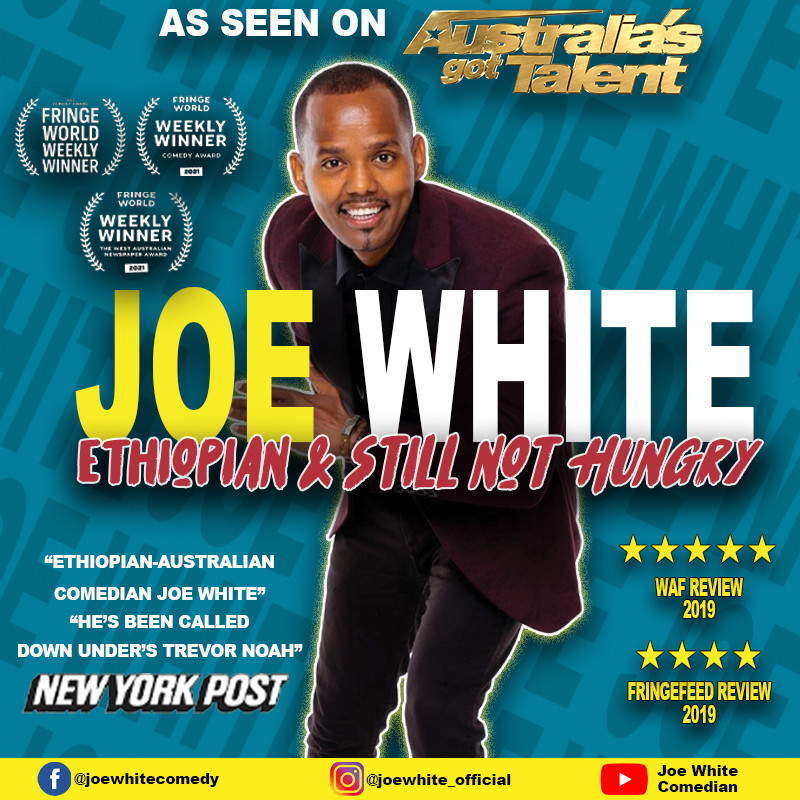 Ethiopian and Still Not Hungry sold 1400 tickets at this year’s Perth Fringe and won a best comedy weekly award and is set to take Adelaide Fringe Festival by storm.

As seen on Channel 7’s Sunrise, Australia’s Got Talent, ABC TV and heard on national radio, Joe White is the recipient of the WA newspaper comedy choice award in 2021 and has been called “Down Under’s Trevor Noah” by New York Post.

A regular on the Australian comedy circuit, Joe promises this show will be a wholesome, hilarious event that will be a good time for everyone.

“It will be constant laughs, family friendly (to a certain degree), with no vulgarity,” he says. “It’s just funny, good, all Aussie humor with a bit of crowd interaction and on the spot jokes that can never be repeated again, so you must be there!”

You can grab your tickets to Joe White: Ethiopian and Still Not Hungry HERE.